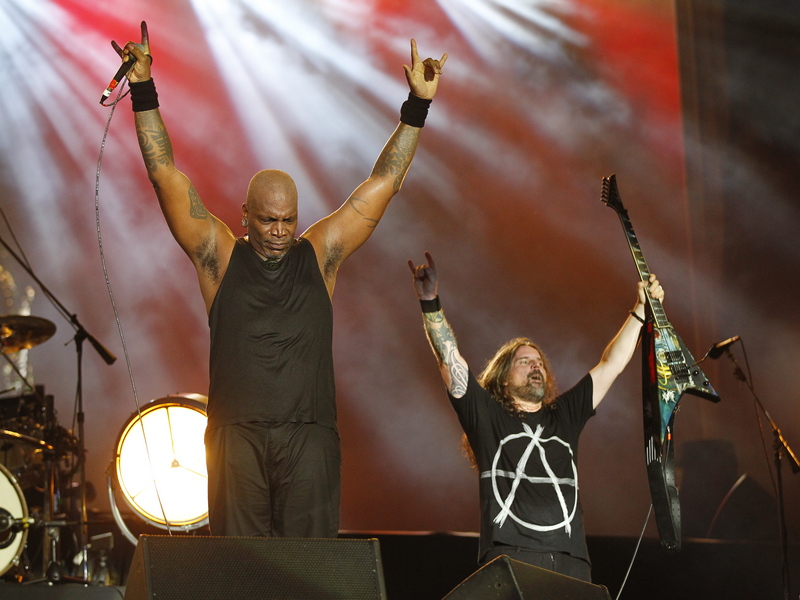 Sepultura's recent project, Sepulnation – The Studio Album 1998-2009, is a boxed set featuring Derrick Green's first decade with the band. As a recent guest on Full Metal Jackie's weekend radio program, Green said Sepulnation is important because fans can hear the “evolution and togetherness (of the band) that happened over time.”

He said, “When I joined the band, there was definitely a mission for myself and the band to really evolve as musicians and to grow together as bandmates — touring, being in the studio with different producers. You can really hear that and the changes that are happening within the band it's been an aspect of the band to really create albums that don't sound the same. This was something that was very natural that happened, but like I said, when I joined the band, they already had developed a very strong history. I needed my time to do that . . .”

Green added, “It's really important that everyone has access to the entire history of Sepultura. I know there's been a lot of different changes that have happened, but that's a part of the history and what makes it so magical. The fact that we're still around today…”

Sepultura's latest studio album, Quadra, was released in February of 2020.