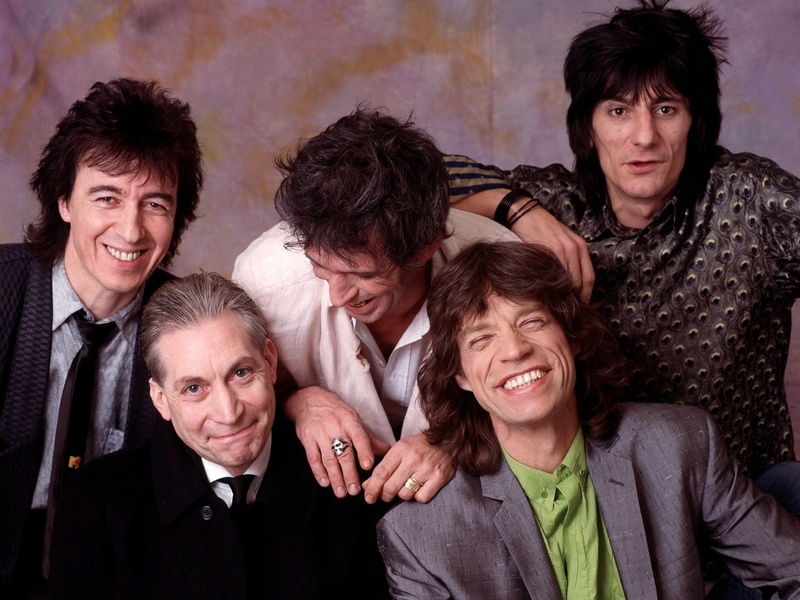 The Rolling Stones' 60th anniversary will be commemorated on January 20th with a set of eight new UK postage stamps from The Royal Mail. Forbes reported the stamps cover the band across the decades — starting with the Stones' landmark show at London's Hyde Park up through their 2019 concert at East Rutherford, New Jersey's MetLife Stadium.

Previous artists saluted by The Royal Mail include both the Beatles and Paul McCartney, Elton John, Queen, Pink Floyd, and David Bowie.

David Gold, The Royal Mail's director of public affairs & policy said in a statement: “Few bands in the history of rock have managed to carve out a career as rich and expansive as that of the Rolling Stones. They have created some of modern music’s most iconic and inspirational albums, with ground-breaking live performances to match.”

Mick Jagger was asked what he believes is the secret for the constant influx of new and younger Stones fans filling the massive stadiums around the world: “Well, the older ones that’ve got all the money bring the younger ones and pay for them, and the younger ones say, ‘alright.’ That, I mean it’s very gratifying. I mean, I think they, a lot of times, y’know, they’ve heard about you through their parents, or their older brothers or sisters, or something like that.”

Keith Richards remains puzzled how a band that started in 1962 is still gaining new and younger fans: “I don't know how we crossed the (laughs) generation gaps. I can only presume that it's good music and everybody's had a good feeling when they hear it when they grow up with it. There's the air you breathe, the water you drink, the food you eat — and then there's the Rolling Stones. And I guess we're just part of the furniture, y'know?”

Over 25 minutes of the Rolling Stones' infamous December 6th, 1969 concert at Livermore, California's Altamont Speedway has been preserved by the Library Of Congress.

The Altamont concert is mainly remembered for the violence instigated by the Hells Angels motorcycle gang, whom the Stones had hired as security — and the murder of concert-goer Meredith Hunter by Hells Angel Alan Passaro. Passaro was later acquitted of the stabbing after claiming he acted in self-defense.

Chris Hillman of the Flying Burrito Brothers told us that from top to tail, Altamont was a dangerous mess. He recalled getting a warning from his former-Byrds bandmate, David Crosby, before playing the Burritos' set: “I'll tell you this, having been there — it wasn't the people, it was the Hells Angels. And before that last note on the bass stopped ringing, I was gone. From the time it was offered to us, I didn't want to do this (gig). I didn't like it and it felt bad — and it was bad. It was the worst experience I've ever had. When David Crosby's walkin' down the stairs from the stage, and I'm starting to go up and he says, 'Be careful. Be careful — pay attention.' And they left immediately. There ya go — that's Altamont.”