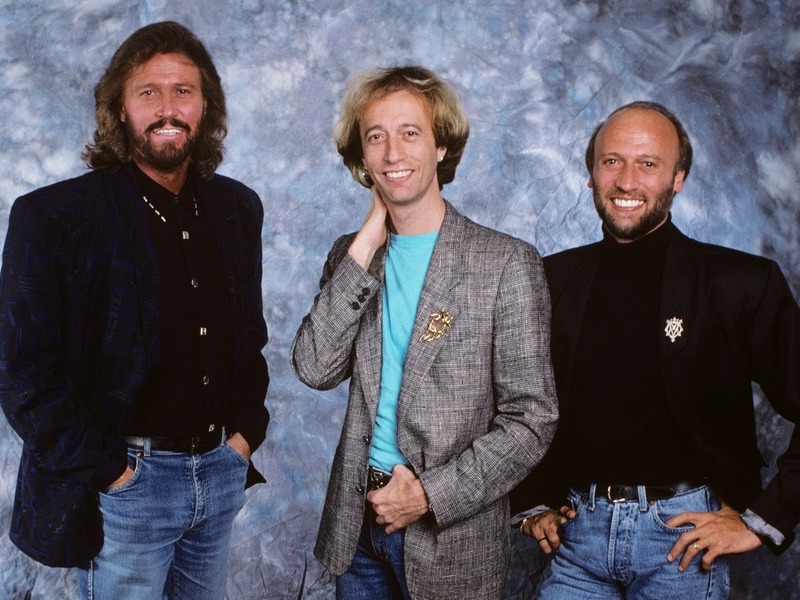 Today (January 12th), marks 19 years since Maurice Gibb of the Bee Gees died at age 53 after undergoing emergency abdominal surgery in Florida. Gibb had complained of stomach pain before collapsing and being rushed to Mount Sinai Hospital in Miami Beach. He went into cardiac arrest before undergoing surgery for intestinal blockage. Maurice was the second Gibb brother to die. On March 10th, 1988, the youngest Gibb brother, Andy Gibb, died just five days after his 30th birthday from an inflammatory heart virus exacerbated by years of substance abuse. Robin Gibb died of kidney failure at the age of 62 on May 20th, 2012 after battling colon and liver cancer.

Brothers and bandmates Barry and Robin Gibb said that they never recovered from Maurice's death, which was all the more devastating because it came completely out of the blue: “(Barry): “It was shattering to both of us. Shattering to both of us in countless ways. Countless ways. (Robin): And the speed in which it happened. . . (Barry): Yes. (Robin): It was so unexpected, because he was quite young and he'd never really been ill and it happened in such — in matter of hours. (Barry): Yes. (Robin): And it's still. . . it's mind-blowing that from a Wednesday night to the Saturday when he died. . . nothing could stop it.”

Longtime friend Elton John was among the first in the rock community to express his grief at Maurice's passing: “My thoughts on Maurice Gibb? It's a tragedy and a huge shock, and someone who I've known for a long time, the Bee Gees, and someone who's been 12 years sober, like me. For someone to go that quickly, I was really, really upset and sad.”

Barry and Robin Gibb explained what they went through on a professional level following Maurice's death: (Barry): “The idea of going on without Mo, became something that was — 'Oh, we could do that! No, we couldn't. Yes, we could! No, we couldn't.'” (Robin): “Well, we were in shock.”

Shortly before his own death in 2012, Robin Gibb spoke about the loss of his twin brother, Maurice: “Even the most ardent fans will always know a different Maurice than I did. There's a whole history and a personality that I know about Maurice, that people will never know, and that's the person I miss. But the music is there. He lives on with the music. And I hear the radio, when I hear a song, well then, he's still alive.”

Maurice's death pretty much marked the end of the Bee Gees, with his twin brother Robin focusing on a solo career and performing a live act comprised of nearly all Bee Gees material, and older brother Barry going on to produce Barbra Streisand's album Guilty Pleasures and releasing 2016's poorly received In The Now solo collection. Although the two brothers had performed together a handful of times in the ensuing years, their future as an active group never became a permanent concern for them.

Over the years, the surviving brothers were at odds over how to officially pay tribute to Maurice and were estranged for two years over business matters and a proposed Maurice tribute show, which Barry vehemently opposed. Robin had recorded a duet of the group's “Too Much Heaven” with Paul McCartney for a still-unreleased Maurice tribute album that has been in the works for the past several years.

Barry and Robin wrote a tribute to Maurice, called Mo, for the booklet of 2005's Bee Gees One collection. Mo reads in part: “We think Mo was the middle man in many ways. He was funny, he was angry, he was gentle, he was hard, he was a peacemaker, he was a little boy living inside an ancient soul.” It closed by saying, ” . . . an all 'round good egg, we salute you, we love you, we will never forget you, keep in touch. Barry & Robin.”

In 2015, Barry Gibb wrapped his latest string of solo tour dates saluting the Bee Gees' career. Joining him on the road was son Stephen on guitar and Maurice's daughter Samantha on vocals.

Now streaming and showing on HBO is the long awaited documentary, The Bee Gees: How Can You Mend A Broken Heart.

The doc features newly filmed Barry Gibb interviews along with decades worth of footage of the band along with archival interviews with the late- Robin and Maurice Gibb.