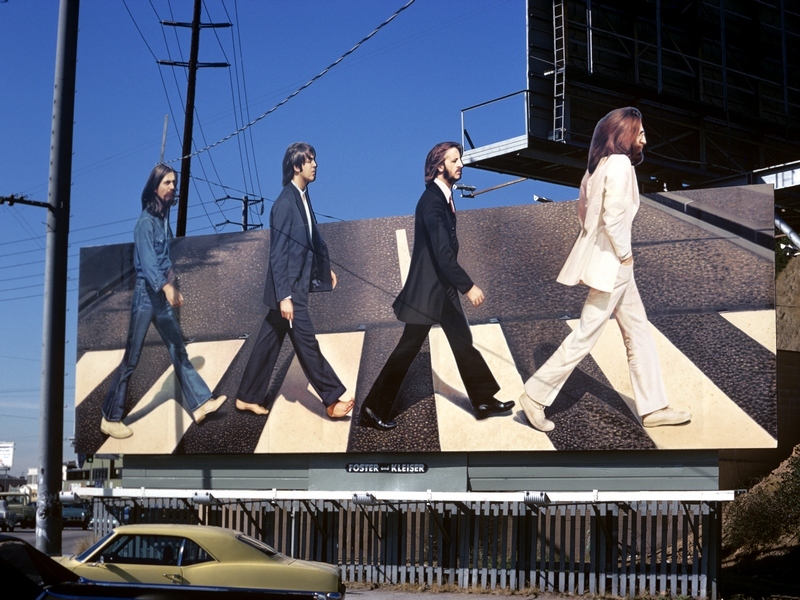 Flashback: George Harrison Walks Out On The Beatles

It was 53 years ago today (January 10th, 1969) that George Harrison temporarily quit the Beatles. The group, who was filming their Let It Be movie in London's cavernous Twickenham Film Studios, had been rife with tension as they prepared to work up a set of new material for their proposed return to the concert stage. Harrison wasn't the first Beatle to quit the band, with Ringo Starr walking out the previous August during the group's sessions for The Beatles, commonly referred to as the “White Album.”

Although it's been thought that Harrison's was annoyed with Paul McCartney's domination during the rehearsals — dubbed by fans as the “Get Back” sessions — Harrison was equally peeved at John Lennon, who at this point was barely communicating to the band and letting his soon-to-be wife Yoko Ono speak for him in group matters. Harrison later went on record stating he was frustrated because he had a growing backlog of new material, but constantly had to work on Lennon and McCartney's songs before the group could begin rehearsing his.

After running through a few songs that day, including a brief rendition of the group's “All Together Now” and “Get Back,” Harrison nonchalantly announced that he was leaving the band immediately and sarcastically told them as he walked out, “See you around the clubs.”

George Harrison explained that the Beatles regrouping in January 1969 before the cameras was a “worst case scenario” situation for him: “I just spent, like the last six months producing an album of this fella named Jackie Lomax and hanging out with Bob Dylan and the Band in Woodstock — and having a great time. And for me to come back into the winter of discontent with the Beatles in Twickenham (Film Studios) was, it was very unhealthy and unhappy.”

After the announcement, filming was halted. According to authors Doug Sulpy and Ray Schweighard, who documented existing tapes of the sessions for their book Drugs, Divorce And A Slipping Image: The Unauthorized Story Of The Beatles' “Get Back” Sessions, once the tapes began running again, Lennon ironically led the group through a run-through of the Who's “A Quick One While He's Away.”

Before departing for the weekend, Lennon half-joked that the group should replace Harrison with either Eric Clapton or Jimi Hendrix, and that the Beatles' publicists should announce Harrison's departure to the British trades. Interestingly, it was Harrison who broke the news of the rift to the British press, yet refused to do so in any great detail.

Author Ritchie Unterberger chronicled the dozens of hours of Let It Be tapes for his book The Unreleased Beatles. He says that many of Harrison's songs didn't fit stylistically with the group's other material: “They tried 'All Things Must Pass' a lot. I mean, they almost tried to record it as much, in terms of total versions as they did something like 'Don't Let Me Down.' George at this point, he was reaching a high as a songwriter. A lot of the material he was writing (and) they were even trying out, ended up on (his solo album) All Things Must Pass. And somehow the feel of his compositions, they weren't as natural for a Beatles arrangement as 'Here Comes The Sun' or 'While My Guitar Gently Weeps.'”

After Harrison failed to show up for the sessions on January 13th, 14th or 15th, a band meeting was held at Ringo's house, where they urged Harrison to come back and complete the project. Harrison agreed to re-join the band under the condition they give up on the idea of a live concert, and move the filming to the Beatles' new studio in their Apple headquarters.

The band re-grouped in front of the cameras again — with the addition of old friend, keyboardist Billy Preston — on January 22nd.

Coming to select IMAX theaters for one day only on January 30th is The Beatles: Get Back – Rooftop Concert. The 60-minute presentation, which takes place on the 53rd anniversary of the “Fab Four's” final performance on the rooftop of their Apple Headquarters in London, will also feature a Q&A portion with director Peter Jackson via satellite. The concert will go on to see a global theatrical release from February 11th to February 13th.

The Beatles: Get Back — which also features the group's entire rooftop performance — premiered on Disney+ over three nights in November, and will be released on DVD and Blu-ray on February 8th.