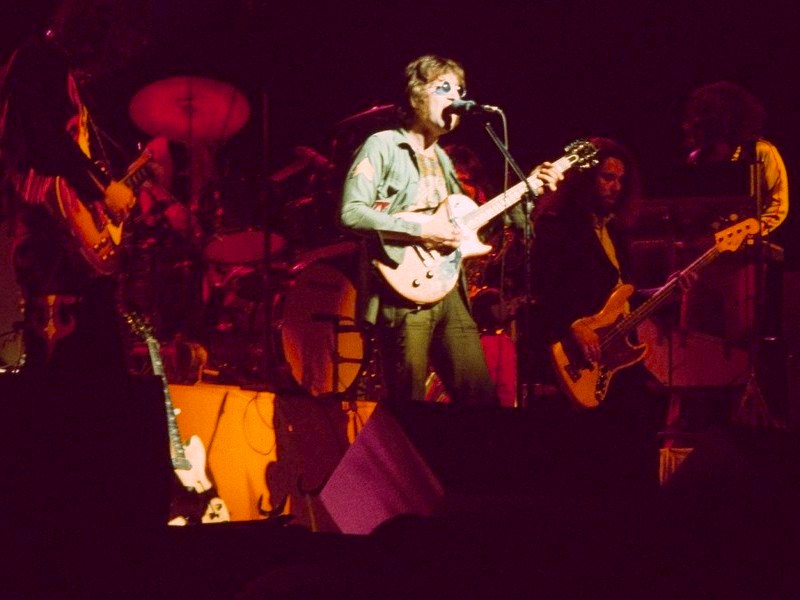 John Lennon's infamous 1972 double album set Some Time In New York City will be the next archival release sporting updated “Ultimate Mixes.” The set, which has no release date, follows recent deluxe box sets of 1970's John Lennon/Plastic Ono Band and 1971's Imagine. A new website featuring the album's title and info has been uploaded without any other content: http://sometimeinnyc.com/

Some Time In New York City was the first original mainstream rock album by Lennon and wife Yoko Ono — and the first to feature the pair singing and writing together and alternating vocals. For the album, the pair was backed by local New York City rockers, Elephant's Memory — with Phil Spector co-producing the set with John & Yoko.

The double album was released on June 14th, 1972 and panned upon release — coming only months after the universal acclaim of the Imagine album. The couple was blasted for topical and overtly radical songs spotlighting racism, sexism, the plight of the prisoners in the America prison system, Northern Ireland, and others.

Some Time In New York City limped to Number 48 with the sole single pulled from the album, “Woman Is The N****er Of The World” stalling at Number 57 — marking the lowest charting single of Lennon's lifetime.

The second album in the package — Live Jam — featured John & Yoko's live set on December 15th, 1969 at Lyceum Ballroom for a UNICEF charity concert, which featured George Harrison, Keith Moon, Eric Clapton, and a host of others.

Also featured was the couple's appearance on June 6th, 1971 at New York City's Fillmore East with Frank Zappa & The Mothers Of Invention.

Elephants Memory bassist Gary Von Scyoc (pronounced: Von SY-ock) recorded several albums with John and Yoko — and is featured on 1972's Some Time In New York City. He recalled Lennon moving swiftly once he was geared up to record: “He respected us individually as players, and he knew no matter what, if he brought us a song, we were gonna come up with something. As far as John coming with those tunes, he used to come the night of, with a new song, every night — for two weeks straight. That’s how we cut the album. Live in the studio is a whole new thing, because we started laying down the tracks, maybe a half-an-hour after we heard it for the first time.” \