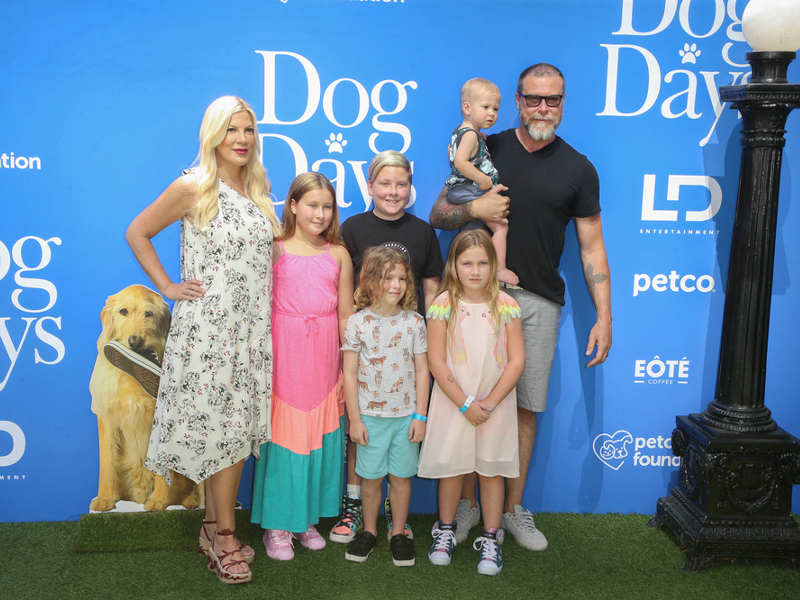 TORI SPELLING AND DEAN MCDERMOTT SPEND NEW YEAR'S EVE SEPARATELY: According to E! Online, Tori Spelling and Dean McDermott reportedly spent New Year's Eve separately because Dean was battling pneumonia. Spelling shared that she spent the holiday with their five children at Lake Arrowhead Resort and Spa in California, sharing pictures via social media. Dean revealed on his own IG that he had fallen ill and was “sick as a dog,” but added that 2022 will be an “awesome” year.

HILARY SWANK MOURNS THE LOSS OF HER FATHER: Hilary Swank mourned the loss of her father, who died in October, in a recent social media post. She wrote, “I have been off my phone and social media for a couple months due to a tremendous personal loss. In October, my Dear Dad, made his transition to the other side. I had a rather unique relationship with him as I was his sole caretaker after a lung transplant seven years ago. I grew incredibly close to him during this time, deepening our relationship and savoring every moment we had together. He will always remain one of my most favorite persons and not a day goes by that I don't miss him.”

ALEC BALDWIN SHARES HIS HOPES FOR 2022: Alec Baldwin has opened up about his hopes for the new year. During a 13-minute video shared on Instagram, the actor said, “I've had more people who have been kind and thoughtful and generous of spirit than I've had people who are malignant about the death Halyna Hutchins. I'm not afraid to say that, and to couch that in some euphemisms — somebody died very tragically. And I've gotten so much, I mean so much, goodwill from people. It's just incredible.” Baldwin's message comes months after the tragic shooting on the set of his film Rust.

GEORGE LOPEZ GETS SICK DURING NEW YEAR'S EVE SET: Comedian George Lopez fell ill during his recent New Year's Eve set at the Muckleshoot Casino Resort in Auburn, Washington. According to TMZ, the 60-year-old comic walked off stage during his show on Friday afternoon (December 31st) and an ambulance arrived shortly after. His show scheduled for that evening was canceled.