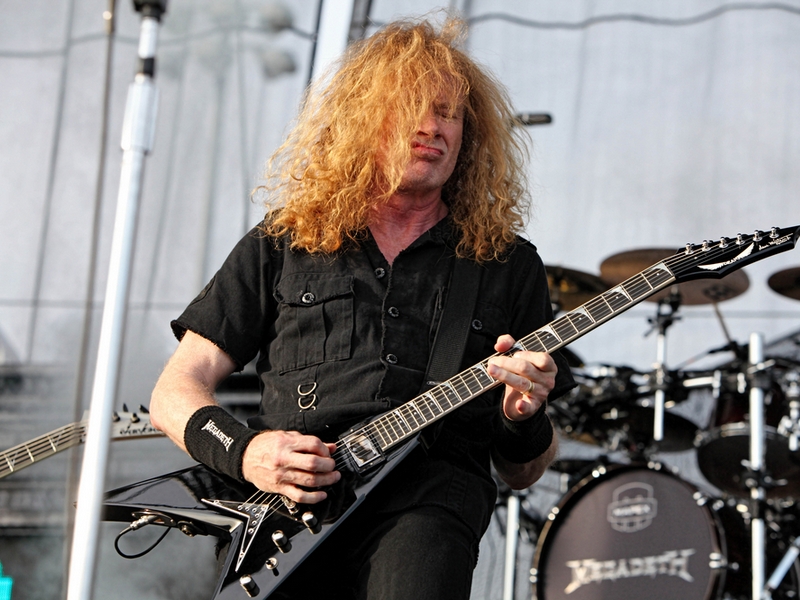 The 60-year-old shared the clip while filming a new video message on the site, Cameo, an outlet that lets users hire celebrities to record personalized video messages.

Addressing a fan Mustaine said, “I will play you something that's been recorded already and is special. How would you like to hear a little bit of the new album? This is song two from side one. It's called “Life In Hell.”

After playing a few seconds of the song, he said, “So I think that makes you the first person in the outside world — outside of the studio and the band and my family — that's heard any music from the new record.”

Mustaine charges $299. for each of his Cameo videos for personal use. And $2,093. for a video for business use.

Megadeth is yet to reveal who played bass on the new album after David Ellefson's tracks were removed from the LP following his dismissal from the band in late May.

A few months ago, Mustaine announced that the new music was mastered and “super close” to being released.

The Sick, The Dying, And The Dead, is tentatively due in the spring of 2022.