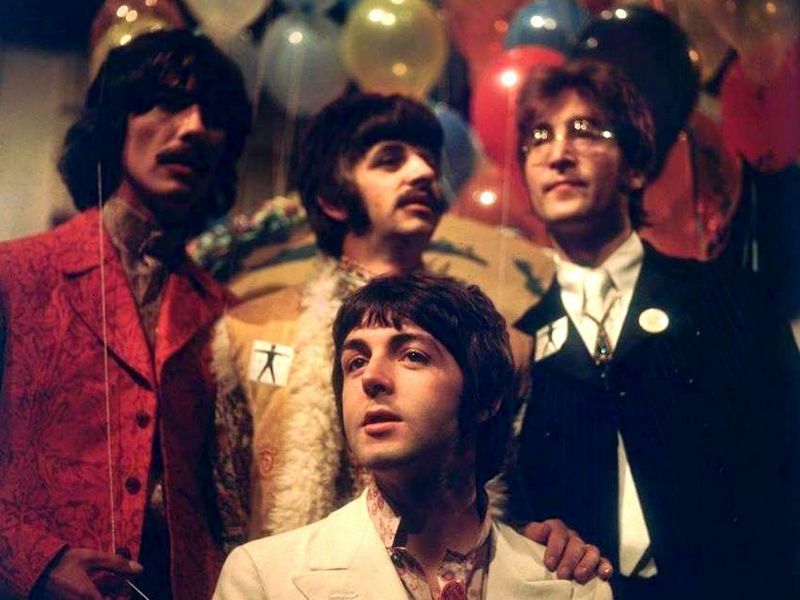 The editors at NME took a long, hard look at the 185 self-written Beatles tracks and rated each and every one of them. The band's 1966 Revolver closer, “Tomorrow Never Knows” topped the chart, with 1967's Sgt. Pepper's Lonely Hearts Club finale “A Day In the Life” coming in second, Paul McCartney's 1968 tour-de-force and nine-week chart-topper, “Hey Jude” following at Number Three.

Coming in at Number Four was John Lennon's “Strawberry Fields Forever,” with the Top Five rounded out by George Harrison's sole Number One hit for the band — 1969's “Something.”

Paul McCartney says that after all these years, he's quite comfortable looking back and discussing the Beatles' career: “Y'know, I'm very proud of everything that we did with the Beatles. In truth looking back, I kinda can't believe it. Y'know, we were just working, each day year-in, year-out making records. Now that it's over, the Beatles is a body of work now, so I can look back on it, kind of dispassionately and judge it for what it is.”

It was at John Lennon's urging that George Harrison receive his first original Beatles A-side with 1969's “Something” — which shared double A-side status with Lennon's own Abbey Road classic “Come Together.” Prior to the album's release in September 1969, Lennon was full of praise for “Something”: “I think we’ll probably put ‘Something’ out as a single out there (in the U.S.) I think that’s about the best track on the album, actually — George’s track. And they had it. . . Y’know how they always get our records before they’re out over there, somehow, and they were playing ‘Something’ so much. They had an advance thing of it. They’re red hot for it over there, so we’ll probably release it over there as a single. I don’t know what’ll happen here.”

George Harrison explained that creating a new musical and aural template was the reason for the Beatles' long hours in Abbey Road studios during the Sgt Pepper album — which engineer Geoff Emerick scored a Grammy Award for: “A lot of the time was spent, actually, just trying to get sounds and trying to find sounds — invent them. Nowadays it's pretty easy; in fact it's too easy. There's so many sounds available just by hittin' a button. And all of these machines — because of some of those records in the '60s — they invented machinery where you just switch it on and you instantly get an effect.”

The Top 20 'Greatest Beatles Songs' – according to NME: