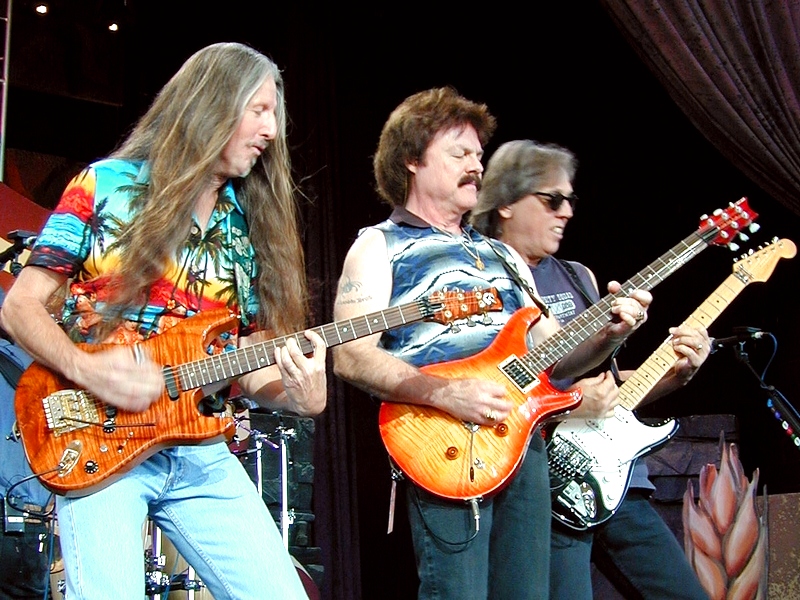 The Doobie Brothers Roll Out Las Vegas Run For May

The Doobie Brothers have just rolled out an eight-night Las Vegas run for next May. The band, which is in the midst of its 50th anniversary tour with the legendary Michael McDonald back on board, will play “Sin City's” Zappos Theater at Planet Hollywood on May 13th, 14th, 18th, 20th, 21st, 25th, 27th, and 28th. Tickets go on sale Friday, December 17th at 10 a.m. PT/1 p.m. ET via ticketmaster.com/DoobieBrothersVegas.

Doobies leader Tom Johnston spoke to USA Today and was asked how he would feel about playing an even longer Vegas residency that the band has committed to for next spring, and admitted, “I don’t know about a few months anywhere, but that’s just me. That’s a long time to be in one place, like country artists in Branson, Missouri. I like to travel. I like the idea of being in a different town every night. You see a lot more people that way and I like to travel internationally, though all of that has a big question mark on it right now.”

Michael McDonald added that he couldn't be happier to be back in the fold for the band's historic anniversary trek: “It’s that sensation that it feels so natural; it doesn’t feel like it's much different than it ever was. Our friendships have always existed, so it’s almost like we’ve always been doing it. But on the other hand, we’ve grown because of it. When you spend the better part of a month together at any given time, we’ve been able to sit around and reminisce about a lot of stuff. I was talking to (Doobies guitarist) John (McFee) about how at our age, playing these venues still and getting to go out and tour like this, that’s something we don’t take for granted.”

McDonald, who along with the Doobies was finally induced into the Rock and Roll Hall of Fame in 2020, told us he might be the most excited of his bandmates to once again hit the road: “It seemed like the 50th anniversary was probably the most opportune time for me to, kind of, come back and tour with the band — y'know, which I'm really, really looking forward to. For me it's always been a real source of pride to be a member of the Doobies.”

Doobie Brothers guitarist and lead singer Tom Johnston told us that the way he preps before hitting the road is light years away than how got himself in shape before the Doobies' classic road runs back in the '70s. We asked him what's been the primary change for him over the decades: “Probably a sense of proficiency on both instrument and voice, for one thing. Back in those days, I never practiced — we just played. I mean, we got together and rehearsed once in a while, but, I mean, I didn't practice unless I was with a band. Nowadays, I practice before going on any tours. I like to get, like, two hours a day, at least; y'know, an hour on guitar, an hour on voice. I used to write back then, but it was kind of hit and miss; nowadays I write almost as a hobby.”

Patrick Simmons, the sole member to have survived the numerous lineup changes, admits life as a Doobie Brother has pretty much been a dream come true. We asked him if he ever expected the Doobies to still be played constantly on the radio and out gigging at sold out shows to a die-hard legion of fans after all these years: “Not in a million years (laughs). Y'know, most bands, y'know, last a year or two and — if they're lucky. For me to have been able to record and make music with all these great, great players — and still be doing it — it's just ridiculous (laughs) — I'm not worthy, y'know? For me, y'know, being a part of a band like this is has always been sort of; I felt, a gift (laughs). Not just musically, but the whole opportunity to kind of like the dream, in terms of being able to pursue something that you love to do and make a living out of it.” SOUND