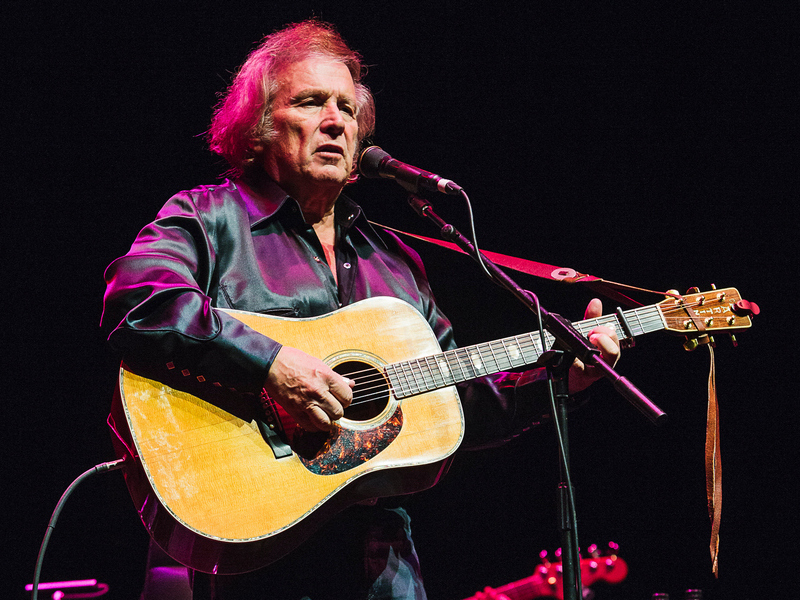 McLean said in the tour announcement, “After spending the past 18 months at home, I am thrilled to be getting back on the road with my band. 2022 marks the 50th anniversary from when American Pie landed at the Number One spot on the Billboard chart and we will be celebrating on tour all year long. We will be performing all the songs from the American Pie album plus many of the other hits that fans will be expecting to hear.”

On January 15th, 1972 Don McLean's “American Pie” topped the Billboard Hot 100 chart for the first week of its month-long run. The song is the origin of the term “the day the music died,” about the February 1959 plane crash that killed Buddy Holly, Ritchie Valens, and J.P. “The Big Bopper” Richardson, but that's only a small part of what it's about.

McLean was a huge Holly fan growing up, and he was deeply moved by Holly's death, but says that it's merely the starting off point of what “American Pie” is about: “The fact that Buddy Holly seems to be the primary thing that people talk about when they talk about 'American Pie' is, is kind of sad. It's only the beginning is about Buddy Holly, and the rest of it goes on and talks about America and politics and the country, and trying to catch some kind of a special feeling that I had about my country, especially in 1970 and '71, when it was very turbulent.”

For Don McLean, live performance is the best way to get his music to the fans: “I still think that one of the good things to do is just to get out and keep working. I mean, I guess I could've retired a long time ago, but I like to sing and if you have a new song, y'know, you get it out there. Even if it influences one person to write another one or to maybe sing that one. You get your ideas out there and the Internet is very helpful that way, that's for sure.”