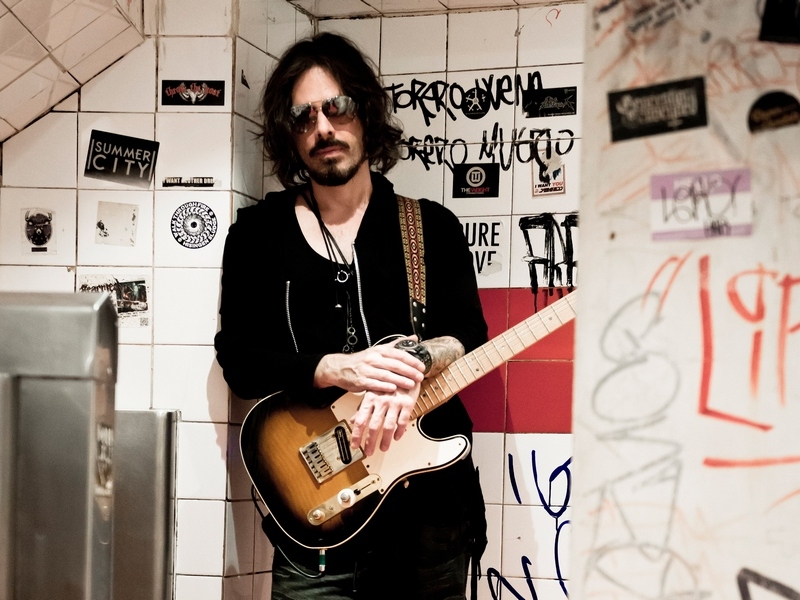 Smith/Kotzen, the collaboration between Iron Maiden's Adrian Smith and Winery Dog's Richie Kotzen, will be taking their show on the road for a series on U.S. and UK gigs set for early in 2022. The two old friends will be promoting their first joint eponymous set, which dropped last March and peaked at Number 10 on Billboard's Top Album Sales chart.

Adrian Smith spoke about the upcoming dates in the tour announcement:

It’s always been our intention to take these songs on the road and give them a good kicking about. We’re delighted that we’ve been able to set up this tour around a very hectic 2022 schedule and we both can’t wait to finally get out there and play live.

Richie Kotzen went on to add:

We’re excited that we can take Smith/Kotzen to the next level and bring our music to the stage. We’re still figuring out which musicians we’ll be bringing with us to deliver the songs in the way we’ve always envisaged to give fans a dynamic live experience. We’re really looking forward to this tour and we’re planning to have a lot of fun!

We caught up with Richie Kotzen — a veteran of both Poison and Mr. Big — who gave the backstory how he and Adrian Smith formed their musical alliance: “For years, we've been hanging out every time he would come to L.A. And he's got a room at his L.A. house where he's got all his guitars set up and the amps and everything. So, year after year, we'd go in there and jam, and hang out and people would stop in. Just, like, a fun thing to do — usually around the holidays. And then his wife Natalie suggested, 'Why don't you guys get together, try to write something?' And that's really how it started. So we wrote, I think the first thing I remember doing was 'Running' — and now we've got this record.”

The pair recorded the album in both Los Angeles and tropical climes of Turks and Caicos: “As far as Turks — he's been goin' down there for years. So, it was suggested we go down there and, 'y'know, rented a house. And I had a Pro-Tools rig and went to work. 'Fell into a nice rhythm, and before you knew it, y'know, sadly, we had to leave the island (laughs).”