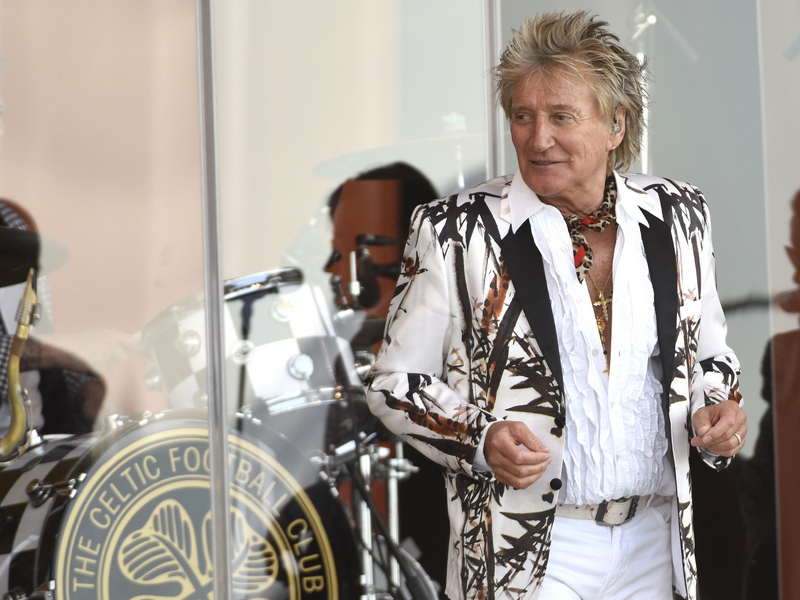 Out today (November 12th) Rod Stewart's 32nd album, The Tears Of Hercules. Rod, who wrote nine of the album's dozen tracks, said in the album's liner notes, “I’ve never said this before about any previous efforts, but I believe this is by far my best album in many a year.”

The album features the tune, “Touchline,” which he dedicated to his father, who taught him and his brothers to love football, a tradition Rod has passed down to his sons.

With Rod Stewart once again taking charge in the studio over the recent years, we asked him if he was trying in some way to recapture the magic found on his classic early-'70s albums: “Well, you can't recreate those, y'know, the atmosphere that was around in the studio (and) the way I felt back in those days, y'know? In those days I was in my late-20's. Y'know, you've done this music and you've done it once and I swear to God you can do it again if you put your mind to it. The themes of the songs are a little bit more adult now; there's no 'Hot Legs' or 'Do You Think I'm Sexy?' but there are songs I think people can relate to.”

The tracklisting to Rod Stewart's 'The Tears Of Hercules' is:
“One More Time”
“Gabriella”
“All My Days”
“Some Kind Of Wonderful”
“Born To Boogie (A Tribute To Marc Bolan)”
“Kookooaramabama”
“I Can't Imagine”
“The Tears Of Hercules”
“Hold On”
“Precious Memories”
“These Are My People”
“Touchline”