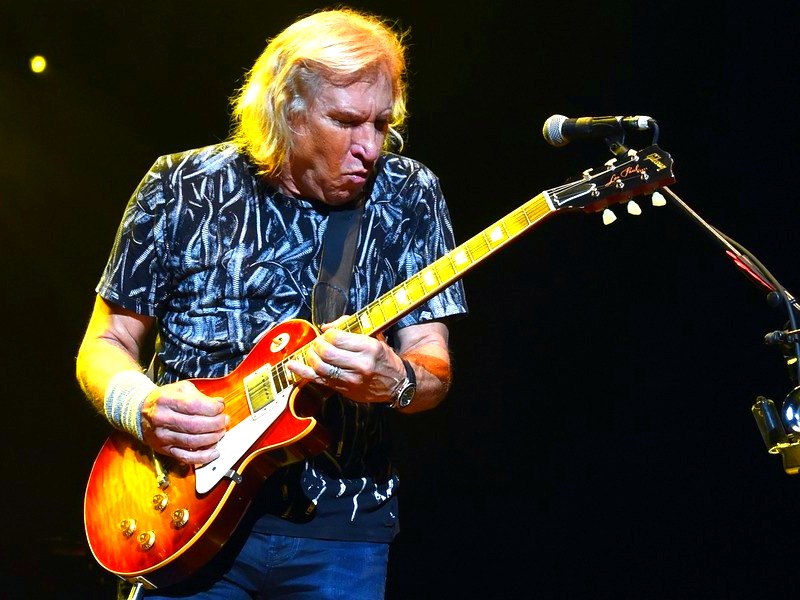 The Eagles with Robert Plant & Alison Krauss will be part of a double-bill headlining a massive open-air show set for June 26th, 2022 at London's Hyde Park. The concert is part of next year’s American Express presents BST Hyde Park series, which plays on the grounds over two weekends next summer.

Robert Plant and Alison Krauss have reunited with producer T-Bone Burnett for their second set, Raise The Roof, which drops on November 19th. The album marks the long-awaited followup to the duo's 2007 Grammy Award-winning Raising Sand collection, that helped bring Americana music into millions of new households.

The Eagles have just rolled out a five-date European stadium run for next spring that wraps with the high profile Hyde Park gig.

During a recent chat with CBS This Morning, frontman Don Henley spoke about the heady days of the Eagles' '70s fame: “It was exhilarating and it was scary. Fame and success is just as scary as failure. Y'know, looking back, there are some things that I would've done differently and. . . But somehow we made it through all that. Beginning in 1974, we had the guidance of (manager) Irving Azoff, who played a big role in our success and in keeping the band together and then getting the band back together after we took out little hiatus, which in retrospect was a good thing. Because it gave people a chance to miss us. If we had stuck around, we might've gotten old to people. Y'know, they might have gotten tired of us and stuff.”

Robert Plant believes that change and exploring one's musical landscape has been the basis of everything he's down from the present day back to Led Zeppelin and beyond: “I've spent my whole career trying to vary what I do — in fact from the Band Of Joy, before I was chosen to be the singer in the Yardbirds, I always tried to change and vary my music. I used to steal from somebody, borrow from somebody else to create something I really enjoy. And when I teamed up with (Jimmy) Page with Led Zeppelin, we constantly tried to search — in fact I looked at some old interview — we're always trying to change, to modify and to bring in new affectations to our music.”