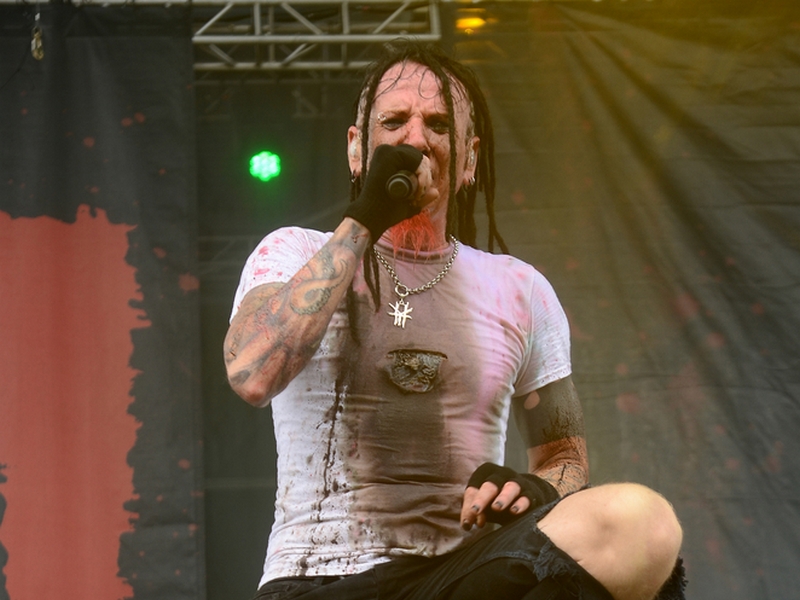 Hellyeah ‘Free And Clear’ To Do Whatever They Want

Hellyeah remain on hiatus but are talking about writing and a possible next project, but in the meantime they're totally free to do whatever they decide. Band member Christian Brady told Todd Kerns, “Right now, we have no label. We have no management. We cleaned house. We’re free and clear. It’s actually very exciting, because now we hold all the cards; we’re in control. So we can write whatever we want. We can release a couple of songs at a time. If there’s a demand for us to tour and it financially makes sense, then I’m sure at some point we’ll find a way to do that.”

Hellyeah's lead singer, Chad Gray, has rejoined Mudvayne, which Brady says will keep things on pause for a bit, at least through next year. Brady said, “Tom‘s (Maxwell, Hellyeah guitarist) actually been writing a bunch, man. He sent some ideas out and they’re really cool. It’s kind of sparking that in me again, and (in) Chad. So we’re talking about doing some writing. I don’t know yet what it’ll turn into, but I know that we’re not done. None of us have said, ‘Yeah, Hellyeah‘s done.’ A lot of people probably assume that — ‘Yeah, Chad‘s back with Mudvayne. Hellyeah‘s done’ — but we’ve never said that to each other or publicly at all. Hellyeah‘s not done. We’re just not sure what Hellyeah‘s going to be moving forward.”