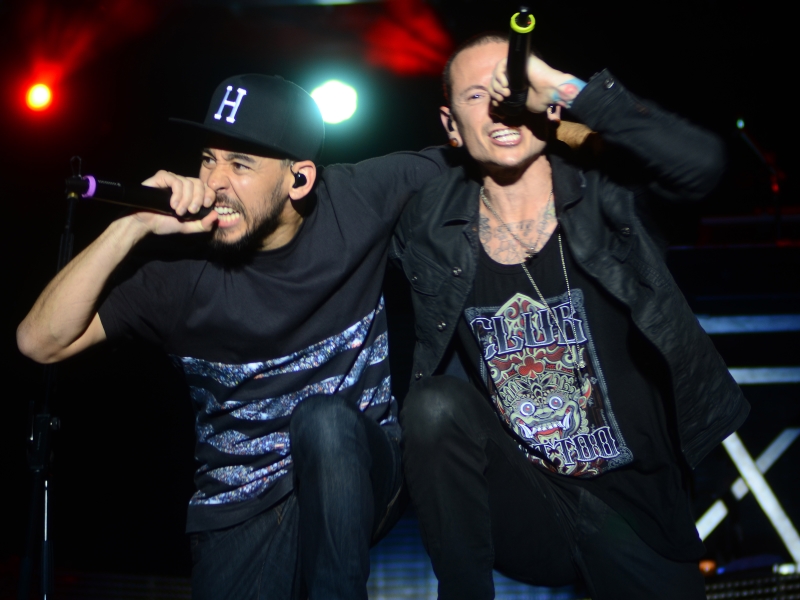 Fans hoping for a Linkin Park tour with a hologram filling the spot held by the late Chester Bennington, don't hold your breath. Mike Shinoda recently shot down the idea during an appearance on the Tuna on Toast podcast saying, “Negative a million percent. I hate the idea of doing a Linkin Park hologram thing. It’s awful.”

The subject came up as host Stryker and Shinoda were discussing ABBA's recent decision to do a hologram tour. While it makes sense for the 70's band, Shinoda says it's not relevant for Linkin Park. He explained, “For me, I’m like, ok physically I could still tour. That part’s good. Hopefully that doesn’t change any time soon. But now is not the time (for the band's return). We don’t have the focus on it. We don’t have the math worked out. And I don’t mean that by financially math, I mean that like emotional and creative math.”

Shinoda said the band holds itselt to high standards and they're not there yet. He explained, “Our bar for like, the threshold for what would be acceptable is high. Just like always. For our band, anything that we do, it’s like it’s gotta be, it’s gotta clear a certain bar. So there’s no, nothing has cleared the bar.”

The last time Linkin Park reunited onstage was on Oct. 27, 2017 for an all-star concert featuring Bush's Gavin Rossdale, Alanis Morissette, Bring Me the Horizon's Oli Sykes, Machine Gun Kelly, Korn's Jonathan Davis, members of Blink-182, No Doubt, System of a Down, Sum 41 and Avenged Sevenfold among others paying tribute to Bennington.