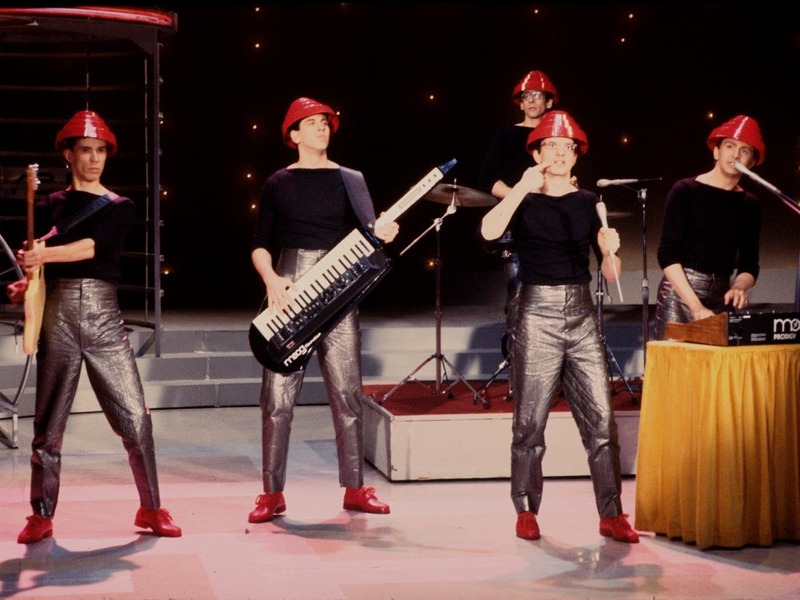 Devo's Gerald V. Casale addressed President Ronald Reagan's would-be-assassin John Hinckley's concerns over lack of songwriting publishing money. The year after the 1981 assassination attempt, Devo used some of the Hinckley's poetry to actress Jodie Foster for their song, “I Desire.” Hinckley's attempted assassination was the final act in his obsession with the actress and played out in an effort to prove his love to Foster.

Newsweek reported Hinckley, who has now been granted an unconditional reelase from a mental institution 40 years after being found guilty by reason of insanity, posted on social media, “Back in 1982 I co-wrote a song with Devo called 'I Desire.' It is on their album Oh No, It’s DEVO. The album is still selling worldwide, especially in Japan and Europe. I haven’t seen royalties in 35 years. What’s the deal?”

Hinckley is now a private citizen and has posted numerous YouTube videos of him at home performing original material and cover versions of favorite songs.

Casale said that back in the day, he was “Blown away by the poetic sociopathy (of the poem.) I saw it and I showed it to (bandmate) Mark Mothersbaugh. We couldn’t believe how inspired and pathological the poetry was, given what he had done. And this poetry was all love poems to Jodie Foster.”

According to the report: “Devo got permission from Hinckley to use his words, and the band also sought and received permission from Foster on the understanding that they weren’t celebrating or endorsing Hinckley and his actions.”

Casale eventually added two more verses to Hinckley's poem, “That completely twisted the meaning of his verses on their head. So that the (narrator) is telling the girl. . . to run from him because he’s a dangerous guy.”

The Devo co-founder doesn't understand why Hinckley hasn't earned any royalties — but he admitted that has nothing to do with either the band or Devo's label, Warner Bros. Records. Casale went on to say that Hinckley created his own publishing company, so his royalties, “. . . should have been going straight to him. It’s possible that he’s not lying. We’re not talking about a lot of money here. Believe me, ('I Desire') wasn’t a hit. But certainly it’s not because of Devo that he didn’t get his money.”