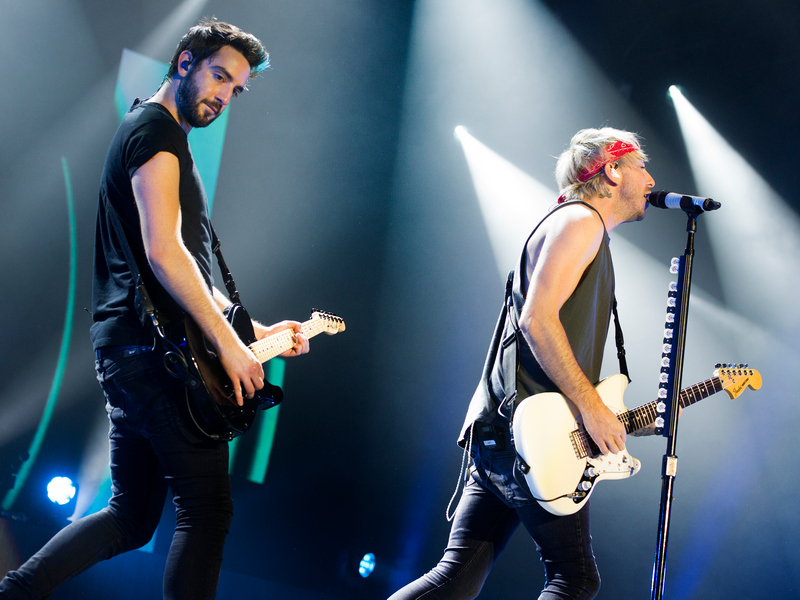 All Time Low turned to social media yesterday (Monday, October 25th) to deny recent accusations of sexual assault against band member Jack Barakat with an underage female fan. Weeks ago, a woman posted a Tik Tok alleging that an unnamed band invited her onto their tour bus when she was 13. She never named the band but gave multiple hints. Just yesterday, another female accused Barakat of sexual assault when she was underage via Twitter, however that account has been suspended and the tweets are unavailable.

All Time Low's Instagram post reads in part, “The allegations being brought against us are absolutely and unequivocally false. When a TikTok video gained traction a few weeks ago alluding to inappropriate behavior within our camp, we chose not to respond because of the glaring inconsistencies in the story, and the apparent reluctance to mention us by name.

We felt that a response would have elevated and escalated an outright lie, and in doing so, robbed actual victims of abuse of their very real and very important collective voice. We believe victims. We stand with victims. We have only ever wanted to cultivate and nurture a culture around out shows and band that is welcoming, healthy and safe . . . We are investigating further the source of these false accusations, and will be seeking legal recourse as we take these allegations very seriously . . .”