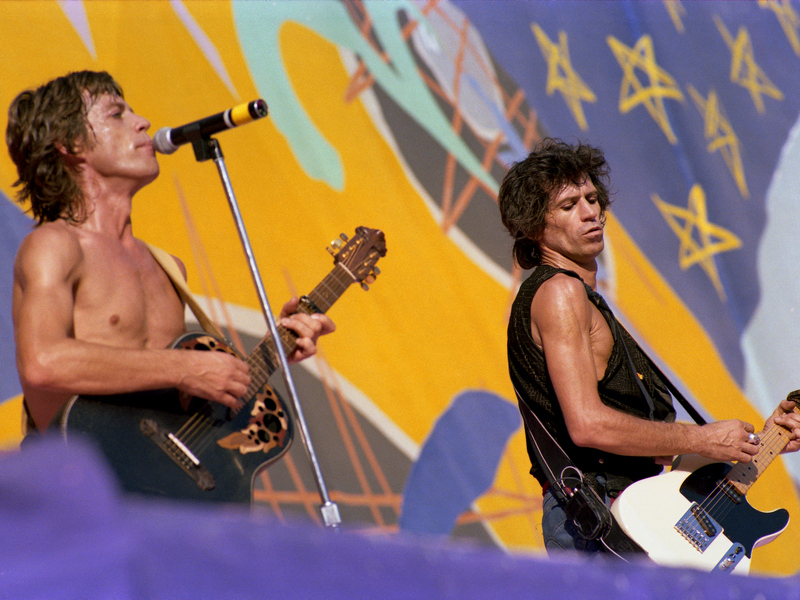 Tattoo You was originally released on August 24th, 1981 and was comprised mainly of reworked outtakes from the band's archive dating back to the 1972 sessions for the following year's Goats Head Soup. Tattoo You, which has sold over four million copies in the U.S. alone, featured such instant Stones classics as “Start Me Up,” “Hang Fire,” “Little T &A,” “Worried About You,” and “Waiting On A Friend.”

Among the highlights on the bonus disc is the band's unreleased Goats Head Soup gem, “Fast Talking Slow Walking,” the It's Only Rock N' Roll-era outtake, “Living In The Heart Of Love,” and the 1975 Black And Blue-era, early reggae version of “Start Me Up.”

Although the Rolling Stones have always been dealing with the shadow of their early days — Mick Jagger explained that for the most part, they remain one of the lucky bands not lumped in with any particular era or decade: “I find it fascinating when I hear other people talking about it and other groups copying certain periods. I don't find it, very, kind of, interesting to look back too much. You can't ignore what you were, but I think to kind of take that stuff too seriously. . . I'm glad that the Stones aren't labeled a ''60's band' — and I find increasingly that they're not. They're just not completely tracked in there. That's taken quite a lot of effort.”

Keith Richards said that more often than not over the years, he's been the one to lead the charge when it comes to the studio: “I always am for that, because, y'know, the guitars and drums — I have to play and I have to get them to play, y'know? So that Mick has something (laughs) decent to sing to. I mean, I am the winder-upper in that respect, yeah.”

A while back, Mick Jagger explained how and why the Stones end up with so many unfinished tracks left on the cutting room floor: “We were working on about 35, something like that and cuttin' them down — didn't finish them all 'cause I don't do that anymore. It's such a waste of energy when people say, 'Oh, well I don't really like that one, we won't do it,' and you've spent all this time on it. So, you invest so much in it that you get very disappointed. So, I only really finish the ones I know we're gonna do.”

Keith Richards told us that he's always viewed the band's recording career as an ongoing mission as opposed to their contemporaries who recorded specific projects every year: “Albums, what you get when you say, 'Oh, that's that album,' a lot of albums they, like, roll over into the next one. Some of the stuff that you do, and say Sticky Fingers, towards the end, you've got more stuff than you can use; 'Well, we'll just save it.' So, you kind of roll over material that way, and the album becomes what gets on there. But to us, the process is like, continual. 'Let's use these 12 songs, and what do we call it? I know — Beggars Banquet. I know — Let It Bleed. I know — Exile On Main Street.' So, you kinda take snippets of something that's going on all the time.”

The tracklisting to The Rolling Stones' 'Tattoo You: 40th Anniversary':