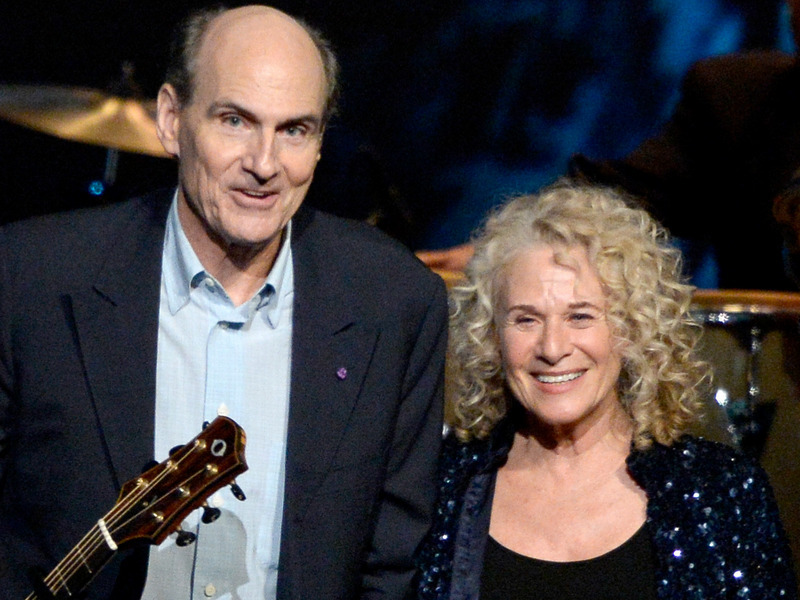 A new documentary on James Taylor and Carole King has been commissioned by CNN and HBO Max. It was announced yesterday (October 20th) that Carole King & James Taylor: Just Call Out My Name will premiere on CNN, while domestic streaming and international distribution rights will go to HBO Max.

Frank Marshall is directing and producing the film, which is still in production. Marshall is best known for the 2020's The Bee Gees: How Can You Mend A Broken Heart doc, as well as The Gift: The Journey Of Johnny Cash, and Laurel Canyon: A Place In Time. No premiere date has been announced for Just Call Out My Name.

According to Variety, “The documentary will focus on the duo’s 2010 world tour, dubbed the 'Troubadour Reunion Tour.' The title referred to their having played together at West Hollywood's famed Troubadour club when they were starting out in 1970, and a subsequent six-night stand they did there in 2007 to celebrate the nightspot’s 50th anniversary, which that led to their taking it on the road to global arenas three years later.”

In 1971 James Taylor scored his only Number One single to date with a cover of King's “You've Got A Friend.” Taylor explained that he and King almost immediately recognized a kindred spirit in one another: “It turned out we spoke the same language. We sat down and we slipped back into the mother tongue, really. It was great. We played on each other's records; we just had a common mind, y'know?”

We caught up to Carole King during rehearsals for the historic joint tour with James Taylor and she revealed that unlike the usual double-bill touring lineups hitting the road — the tour was planned as a true collaboration: “We've been rehearsing for the past two weeks; James and myself and the three original musicians that we played with — Danny Kortchmar, Lee Sklar, and Russ Kunkel, Robbie Condor and the singers that work with James — and you see here, the picture in the dictionary under the word 'joy' — and you'll see it on everyone's face on the tour. And it came because we had a reunion in 2007 at the Troubadour club and it was so much fun that we couldn't stop.”

Carole King will be inducted into the Rock and Roll Hall of fame as a performer on October 30th at Cleveland's Rocket Mortgage Fieldhouse. Taylor Swift will induct King, with performances by Swift and Jennifer Hudson.

Carole King and her late, ex-husband and songwriting partner Gerry Goffin were inducted into the Rock and Roll Hall of Fame in 1990 as non-performers.