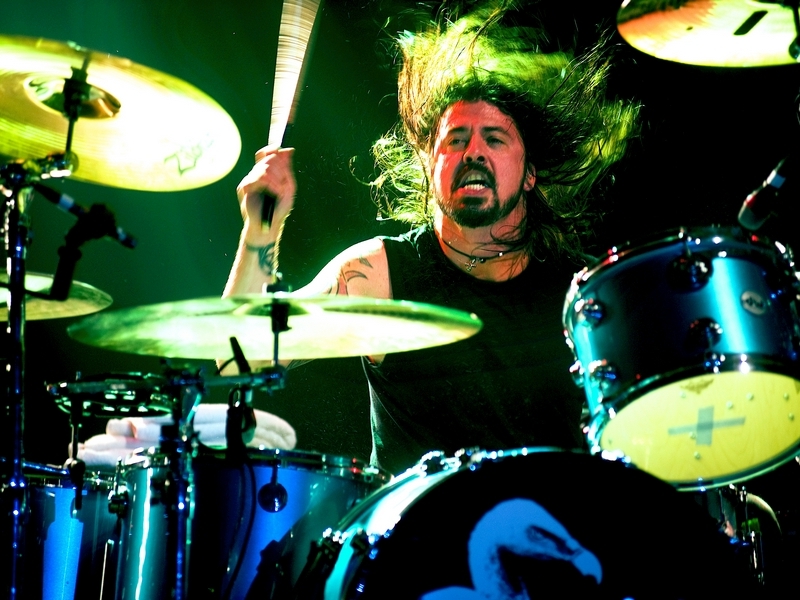 Dave Grohl Feels Writing Is In His Blood

Dave Grohl feels as though he inherited his gift for writing from his parents. The Nirvana and Foo Fighters icon recently saw his critically acclaimed new memoir, The Storyteller: Tales Of Life And Music, top The New York Times Bestseller list.

In a new chat with Azcentral.com, Grohl spoke about the importance that words were for him growing up: “We would do articulation drills at the dinner table, where my mother would give us a topic and we'd have to talk about it for three or four minutes without saying 'um' or 'like' or 'you know.' So there was this appreciation not only for the written word but also storytelling.”

He added, “Both of my parents were not only musicians but writers.” Grohl's mom was a public school teacher in Springfield, Virginia that taught creative writing along with coaching the debate team — with his dad working in Washington, D.C. as a journalist and Republican speech writer.

In later years as his somewhat strained relationship with his father thawed, the pair would email each other while Grohl was on the road, recalling, “Of course, as most father-and-son relationships go, I wanted to impress him. After a month or two, he emailed and said, 'You're becoming a great writer. Your writing has punch. Punch is power.' That was such a huge life validation that I realized 'Maybe I could do this someday.' . . . (Writing a memoir) was all about writing in my voice — being able to write something that can be read as if I'm sitting next to you at a bar telling you my story over a cocktail.”

Grohl touches upon some of the heavier aspects of his life, including his parents' divorce when he was six, the childhood death of his best friend Jimmy, and the suicide of Nirvana bandmate, Kurt Cobain. Grohl explained, “I've been to therapy, but I think I accomplished a lot more in writing this book than I ever have sitting on a couch with a therapist. As I sat there writing about my strained relationship with my father, I found myself forgiving him for things I might have held onto for a long time. In writing about Kurt and Jimmy, I had some revelations or epiphanies I hadn't had before.”

Foo Fighters will next perform on October 22nd in Atlanta at the Shaky Knees Festival.