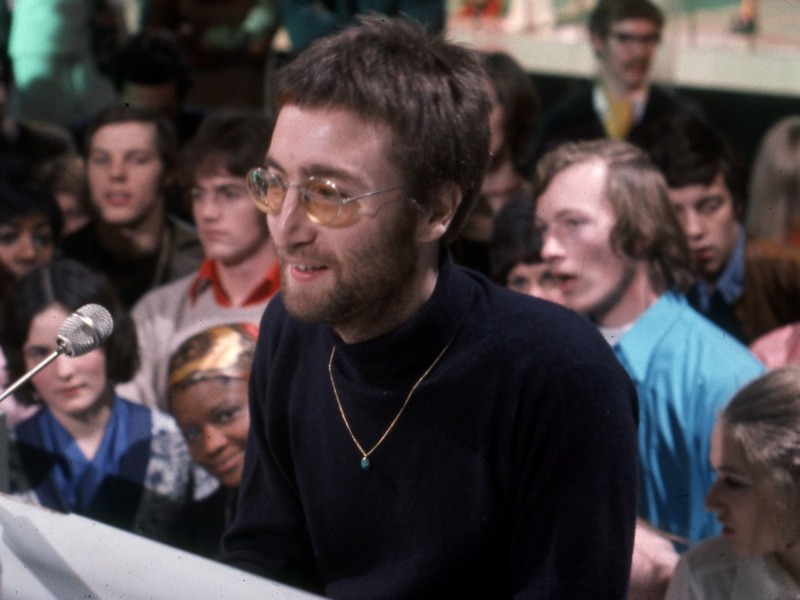 50 years after its release, John Lennon's 1971 single, “Imagine” has been certified triple platinum by the RIAA.

“Imagine” was first released as a single on October 11th, 1971 and was the only track pulled from the album of the same name. The Imagine album went on to top the Billboard 200, and the single peaked at Number Three. “Imagine” didn't receive a single release in the UK until 1975 as a tie-in with Lennon's Shaved Fish hits collection when it hit Number Six in the singles charts.

In 2017, Yoko Ono's name was officially credited as a co-composer to the beloved peace anthem. “Imagine” — as Lennon had gone on record as saying — had been inspired by several of Yoko's poems from her 1964 book of poetry, titled, Grapefruit.

Yoko Ono said in a statement: “John and I were both artists and we were living together, so we inspired each other. The song ‘Imagine’ embodied what we believed together at the time. John and I met — he comes from the West and I come from the East — and still we are together. We have this oneness and ‘the whole world would eventually become one’ is the sense that we will all be very happy together. All these instructions are for people for how to spend eternity, because we have lots of time.”

Bruce Resnikoff, President & CEO of UMe said, “We are thrilled to present this award to Yoko for John & Yoko Ono Lennon's 'Imagine.' One of the most important and universally recognized songs in music, this historic achievement coincides as we celebrate the song and album’s 50th anniversary. 'Imagine' remains a timeless global anthem, and John & Yoko’s message of peace is just as relevant today as when it was first written.”

Following Lennon's December 8th, 1980 murder, the song was re-released and peaked at Number One in Britain throughout January 1981.

Accolades continue to pour in for Lennon's classic utopian anthem, with BMI listing it as one of the 100 most performed compositions of the 20th century.

On December 6th, 1980 — two days before he was murdered — John Lennon revealed to BBC radio how Yoko Ono deserved a co-writing credit for “Imagine”: “That should be credited as a 'Lennon-Ono' song. The lyric and the concept came from Yoko, but those days I was a bit more selfish, a bit more macho and sort of, omitted to mention her contribution — and give her credit now, long overdue.”

Joe Raiola, the writer-director of the annual John Lennon tribute in New York City, says that 'Imagine' might be Lennon's most perfect song: “The thing about 'Imagine' is that it's such a powerful and sweet expression of something fine. I guess it will always be what he's most remembered for in his solo work, because of its shining idealism.”