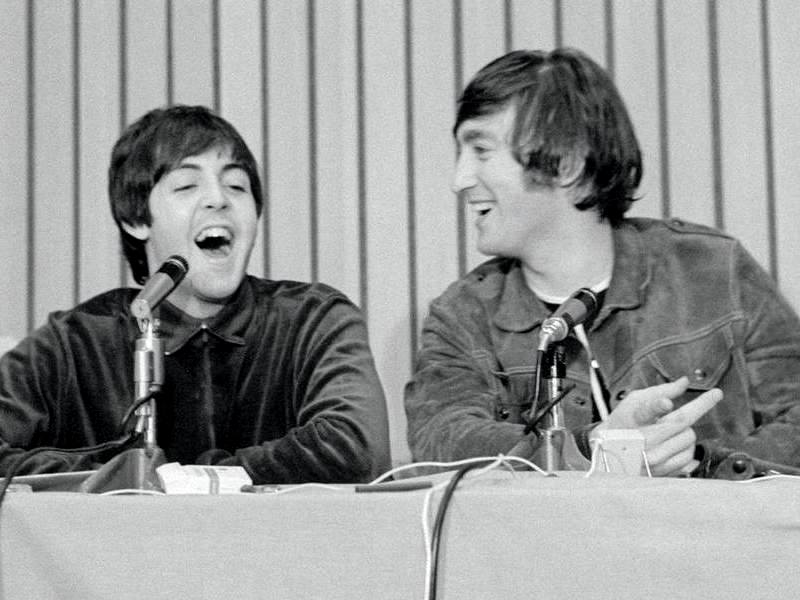 Paul McCartney's upcoming book contains the lyrics to an unfinished Beatles-era song and a play that he and John Lennon started but never completed. The Lyrics: 1956 To The Present comes out on November 2nd and includes “a treasure trove of material from McCartney’s personal archive — drafts, letters, photographs — never seen before, which make this also a unique visual record of one of the greatest songwriters of all time.”

McCartney spoke to The Guardian about “Tell Me Who He Is,” the lyrics to a song that never saw the light of day: “It’s my handwriting, but I don’t know how it goes. It would have been a love ballad, rock thing. I would have probably had a tune to it. But you could not put things down. You didn’t have any recording devices so you had to remember them.”

“Macca” also touched upon the long-referenced teenage-era play by him and John Lennon, that was based around the popular radio dramas of the time, featuring “a mother and daughter discussing the mysterious lodger who shares their home.” McCartney explained, “For years I’ve been telling people that me and John wrote a play. It’s quite a funny thing, called Pilchard, and it’s about the Messiah, actually.”

During Paul McCartney's last appearance on CBS' The Late Show with Stephen Colbert, he revealed that he reunites with John Lennon while unconscious: “I dream about him. When you've had a relationship like that for so long — it was such a deep relationship. I love it when people revisit you in your dreams. So, I have band dreams and they're crazy. I'm often with John and just talking about doing something, and I come to get my Hofner bass, ready to play, and it's covered in sticky tape. I had a lot of dreams about John and they're always good.”