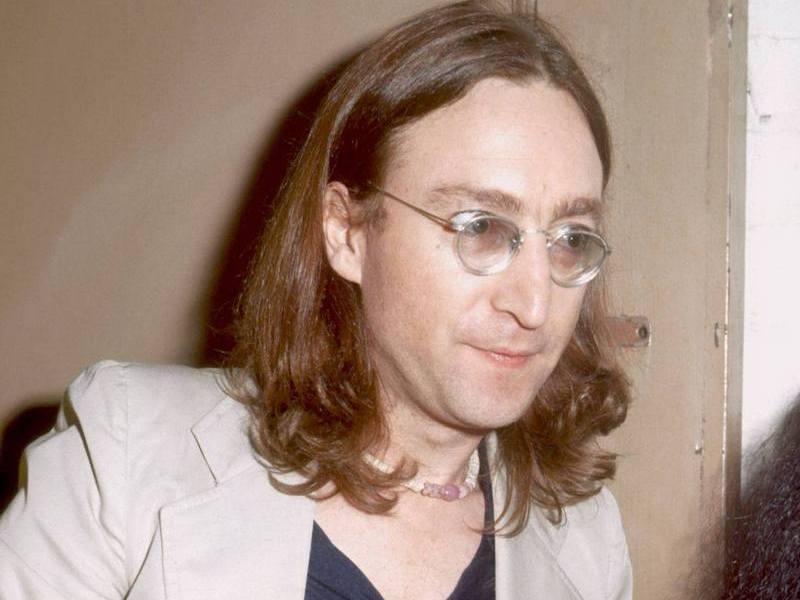 It was 46 years ago today (October 7th, 1975), that John Lennon won his four-year battle against deportation by the U.S. government. Due to his stance against the Vietnam War, Lennon had been under almost constant surveillance from the FBI and the Immigration & Neutralization Service (INS) since his arrival in the U.S. in 1971.

Documents obtained through the Freedom of Information Act have shown that plans were put into motion to deport Lennon as early as February 4th, 1972. Senator Strom Thurmond issued a memo, classified as secret, claiming Lennon was a threat to the 1972 Republican National Convention, and advised that, “If Lennon's visa is terminated, it would be a strategy counter measure.” The government used Lennon's 1968 marijuana conviction as the basis for their attempt to have him deported.

Although the deportation case hit hard on Lennon — both mentally and financially — he was always able to look on brighter side, at least for the public: “Occasionally I get into a little spot of trouble, but nothing that's going to bring the country to pieces. I think there's certainly room for an odd Lennon, or two, here.”

David Leaf, one of the directors of The U.S. vs. John Lennon, says that more than anything else, the film shows the former Beatle's absolute bravery in trying to stop the war in Vietnam: “What John Lennon did was fearless. He was willing to put it all on the line in the campaign for peace starting in '69, and he did not consider or care what the consequences were. He was willing to make a fool of himself and he was willing to be mocked if it would save lives. He and Yoko should have won the Nobel Peace Prize.”

Lennon got some unexpected support from Neil Sedaka, who composed the 1974 minor hit “The Immigrant” for Lennon on his Sedaka's Back album: “I knew John Lennon in New York, and he was having trouble with the Immigration Department because of drugs and getting a Green Card, so I dedicated 'The Immigrant' to him. And there's a famous interview, he said he was surprised, he didn't know what I wanted when I was calling him, he thought, 'All these people call me to get something from me,' But he was delighted to hear that I was dedicating 'The Immigrant' to him.”

Lennon battled back and was granted temporary visa extensions while his case was appealed. In September of 1975, the INS gave Lennon temporary non-priority (deportation) status because his wife, Yoko Ono, was pregnant. Finally, on October 7th, 1975 the U.S. Court of Appeals in New York overturned the order from the INS to deport Lennon.

In their 30-page decision, the court stated that his previous marijuana conviction couldn't be used as grounds to prevent Lennon from seeking permanent residency. It went on to say that, “Lennon's four-year battle to remain in our country is a testimony to his faith in his American dream.”

Two days later, on Lennon's 35th birthday, Yoko gave birth to their son Sean. Lennon told reporters at the time that, “I feel higher than the Empire State building.” On July 27th, 1976 Lennon was awarded his “green card,” which officially granted him permanent residency status.

In 1980 Lennon dedicated his “comeback” album Double Fantasy to “people known and unknown who helped us stay in this country.”

One country he never made it back to was his native England, which he was hoping to return to in the spring of 1981 during a planned world tour.

Lennon was murdered outside his New York City home on December 8th, 1980. He would have been eligible to become a U.S. citizen in 1981.

Lennon's battle to remain in America was the focus of author Jon Wiener's two books Come Together: John Lennon In His Time, and Gimme Some Truth: The John Lennon FBI Files. Recently published was Lennon's lawyer, Leon Wildes' memoir, John Lennon Vs. the U.S.A.: The Inside Story Of The Most Bitterly Contested And Influential Deportation Case In United States History.

John Lennon's immigration problems were also chronicled in the 2006 documentary, The U.S. vs. John Lennon, and 2010's LENNONYC.