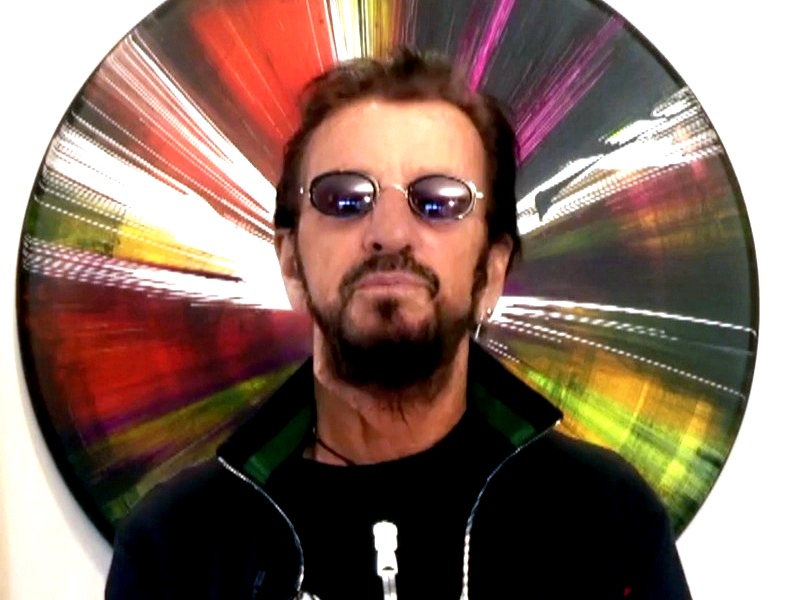 Rolling Stone reported, “The 'Drum Together' clip was organized by WhyHunger, and along with Starr, Weinberg, and Cameron, it features drummers like Jim Keltner, Steve Gadd, Cindy Blackman Santana, and 11-year-old prodigy Nandi Bushell. While a massive coalition of percussionists (including an orchestra timpanist) create the base for this epic rendition of 'Come Together,' the meticulously stitched-together performance also features an array of other musicians from guitarists and pianists to trombonists and trumpeters.”

Ringo said in a statement: “We all can agree that no kid should be hungry, and everyone should have access to nutritious food. This is a great cause that I’ve supported in the past and a great track — one of my favorite Beatles songs. So when Jim Keltner asked me to join all these other drummers I was happy to.”

Matt Cameron told Rolling Stone: “It’s incredibly rewarding to be a part of such a unique collaboration for an important cause. There’s nothing like the power of a good beat, and it’s great to see that so many musicians across so many genres and backgrounds were able to come together to support WhyHunger’s mission.”

Among the musicians spotted in the clip were Nic Collins, Anton Fig, Kenny Aronoff, Gregg Bissonette, the Bangles' Debbi Peterson, bassists Nathan East and Lee Sklar, and many more.

Legendary producer Don Was, who first worked with Ringo during the sessions for the former Beatle's 1992 Time Takes Time collection, told us that he always jumps at the chance to play with Ringo: “As a musician, when you finally get to play music with him, it's one of the most distinctive feels, y'know? His feel is just, it's such a unique fingerprint of where to lay the beat and where to play it. And, like, in the first few minutes of the first few songs, I thought, 'Oh man! You couldn't have had those Beatles records without this guy.' There's a musical personality that's so strong. I think he's one of the great rock n' roll drummers of all time.”