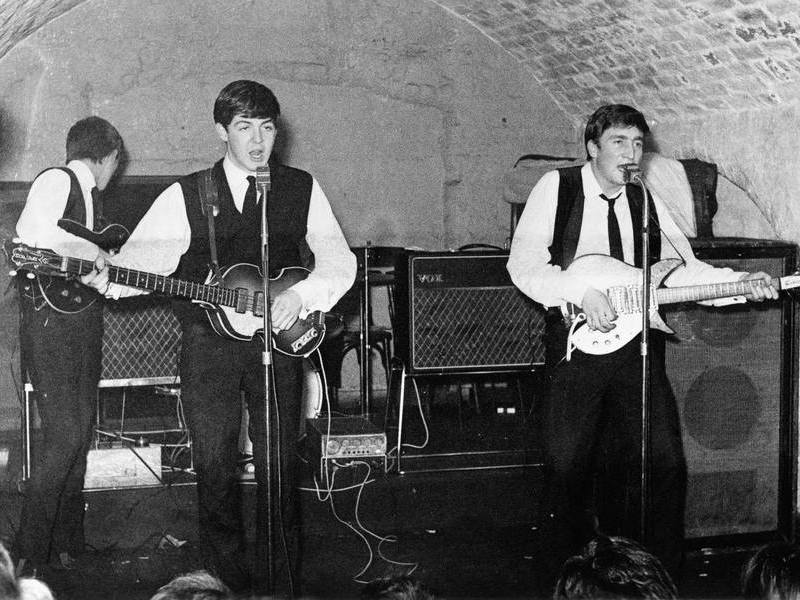 Flashback: The Beatles Release Their First Single – ‘Love Me Do’

It was 59 years ago today (October 5th, 1962) that the Beatles' first single “Love Me Do”'/”P.S. I Love You” was released on EMI's Parlophone Records in England. Although the song went on to top the U.S. charts two years later, its initial release in 1962 saw the Beatles score a sizable, but still minor, Top 20 hit with “Love Me Do” peaking at a respectable Number 17. The song, which was written by John Lennon and Paul McCartney was far from being one of their most recent collaborations, having been written along with the duo's first batch of songs from 1957 and 1958.

The history of the “Love Me Do” single is one of the more confusing sagas in the Beatles' history. After the group's June 6th, 1962 audition — in which a runthrough of “Love Me Do” was taped — producer George Martin, who was unhappy with then-drummer Pete Best's playing, told the Beatles' manager Brian Epstein that he would be using a session drummer for future work with the band. Despite that, when the Beatles — with new drummer Ringo Starr — showed up to their first proper session on September 4th, a version of “Love Me Do” was recorded with Ringo behind the drums.

Unsatisfied with Ringo's performance, for their September 11th session, Martin hired studio ace Andy White to drum on the two sides of the single — with Ringo being relegated to tambourine on “Love Me Do” and maracas on “P.S. I Love You.” Despite George Martin's dissatisfaction with the first version of “Love Me Do,” the original Ringo recording from September 4th was accidentally released as the original single version — and was the version that shot the song up the British hit parade. The mix-up wasn't noticed until the song had long peaked on the charts and was replaced by the “Andy White” version for the Please Please Me album in March 1963 and single's second UK pressing about a month later. The actual master and mixdown tapes of the “Ringo” version of “Love Me Do” have long been lost and the version that's now included in the Beatles' catalogue was taped from a collector's pristine mint version of the single.

Shortly before his 2016 death, George Martin recalled the confusion surrounding Ringo Starr replacing Pete Best between the band's audition and first sessions: “I didn't even know the guy was coming. I'd had this fellow, Pete Best, and I didn't. . . I thought we could do better and I booked a good session drummer (Andy White) to replace him, and then the boys turn up with a fellow called 'Ringo Starr.' And they say, 'He's our new drummer.' And I said, 'No, no he's not. I booked this fellow. We're paying good money for this chap. I'll let your fellow in later on, but I want to be sure of this track.'”

Having two versions of “Love Me Do” remains confusing for even the “Fab Four” with Ringo Starr confusing his performance on the single version as opposed to the album track. He remembered his disappointment of being sidelined at the “Love Me Do” session: “I was devastated! I came down ready to roll, and (soft, serious voice) 'We've got Andy White, the professional drummer.' But it was, it was devastating. And then we did that — which Andy plays on, and then we did the album — which I play on. So Andy wasn't doing anything so great. He wasn't doing anything so great I couldn't copy when I did the album.”

The late-Geoff Emerick, who worked with the Beatles throughout their career and became their primary engineer with 1966's Revolver album, first met the Beatles in 1962 during his second day on the job, while the group was recording “Love Me Do.” He told us that he was immediately struck by how unique their humor and personalities were: “They were down in the studio. 'Cause it was the second day that I had been there. And I just liked the vibe, y'know the happy vibe. It was completely different, because it's like their attitude was against the establishment — although George Martin had some decorum within the control room, an air of decorum. And it's like these kids down in the studio clowning around, y'know?”

In 1963 John Lennon recalled the success of the group's first single: “The best thing was it came into the charts in two days. And everybody thought it was a fiddle 'cause our manager's stores send in these, what are they, record things — returns. And everybody down south thought, 'Ah-ha, he's buying them himself, or he's just fiddling the charts' — but he wasn't.”

George Harrison remembered that although not a blockbuster, “Love Me Do's” noticeable success laid a foundation for future works: “It got to, whatever, 17 within the following weeks after it came out. And then and I don't recall, it probably died up and went. But, it meant the next time we went back to EMI, they were really more friendly, 'Oh, hello lads, yes, okay.'”

One old friend of the band's who wasn't able to enjoy in the success of “Love Me Do” was Pete Best, who was replaced by Ringo Starr 17 days before the first session for “Love Me Do.” Best, who says that he has had no substantial contact with any of the Beatles since the night before he was fired, told us that he feels Ringo walked into a much cushier job than he did upon joining the Beatles: “Y'know, when you think about it, the first trip out to Hamburg, (Germany), we were playing six, seven hours a night. And I think actually, when (laughs) Ringo joined they were playing 20 minutes, half-an-hour sessions, or something like that. So, I did a lot of the spade work, put the long hours in and he was the one who picked up the glory.”

Paul McCartney's most recent dates have seen “Love Me Do” — in its original arrangement — finally make its way into his concert setlist. Back in 1990, McCartney had very briefly performed a funk-based medley of “Love Me Do” and “P.S. I Love You” as “P.S. Love Me Do” during the Japanese leg and the initial shows on the tour's second North American leg.

“Macca” chatted with Rolling Stone, and was asked what was the latest Beatles classic to be added to the show. McCartney said: “'Love Me Do.' People have asked me through the years — David Bowie said, 'Why don't you do 'Love Me Do'?' I thought, 'Well, because it's a little song.' But enough people said they liked it for me to go, 'We'll rehearse it. And if in rehearsal it sucks, then no.' In actual fact, it was great. Now it's a big favorite.”