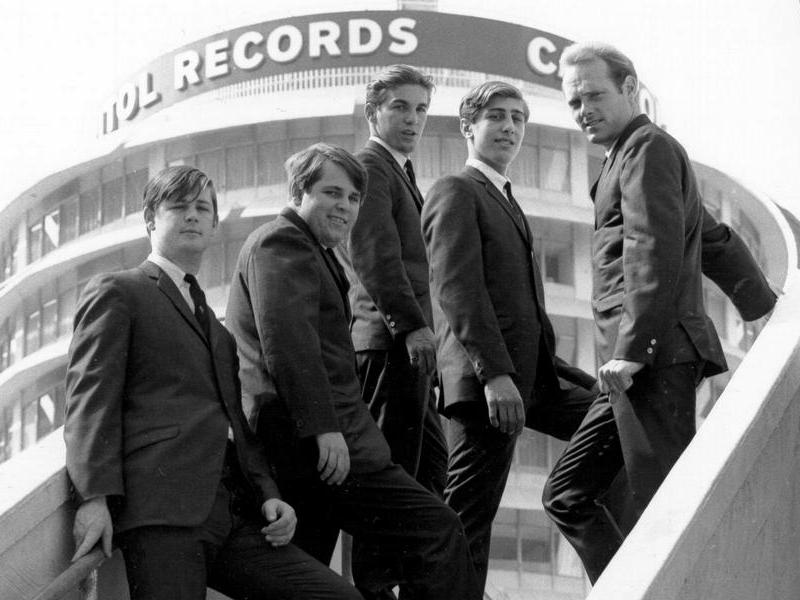 It was 58 years ago today (October 5th, 1963) that Beach Boys guitarist and co-founder David Marks played his final concert as a full member of the band. Marks, who grew up across the street from future Beach Boys' Brian, Dennis and Carl Wilson, was only 15 at the time of his final show, which took place at San Diego's Balboa Park Bowl.

Marks, who began making music with the Wilsons as a pre-teen, was a member of the Beach Boys from 1961 to 1963 and one of the five names on the band's original contract to Capitol Records. He performed on the group's first five albums, including the hits “Surfer Girl,” “409,” “Little Deuce Coupe,” “Surfin' Safari,” “Shut Down,” “In My Room,” “Little Saint Nick,” “Catch A Wave,” “Be True To Your School,” and “Surfin' U.S.A.” Marks, who was part of the Beach Boys' 2012 50th anniversary tour, toured in 2013 with Brian Wilson as part of his joint trek with Jeff Beck. Beach Boys co-founder Al Jardine and '70s-era Beach Boy Blondie Chaplin were also on board. Marks has also joined up several times with Mike Love's touring version of the band for a string of overseas dates.

David Marks quit the Beach Boys in 1963 due to his frustration at not having his own music incorporated into the act, and over frictions with the Beach Boys' manager, the Wilson brothers' father Murry Wilson. Marks, who's now a sober, happily married family man and world renowned for his guitar work, told us that it's only in recent years that he's able to look back clearly at his exit from the group back in '63: “I let those guys down when I quit the band. I did. I never really thought of how it affected them, but looking back, it had a profound effect on Brian, for one, because he was forced to come back on the road — which was his worst nightmare — and bummed him out, because he wanted to stay home and write and produce records.”

Marks and Beach Boys historian Jon Stebbins recently co-authored Marks' autobiography chronicling the band's early days, called The Lost Beach Boy. Stebbins shed some light on Marks' exit from what was — at that point — the hottest rock and roll band in America: “Basically, Murry had been needling him for a long time. I mean, this had been an ongoing thing where Murry was giving David a hard time. And David, you've got to remember is a 14-year-old kid; he's not exactly a show-business veteran. Y'know, Mike Love and Brian were in their early-'20s; 19, 20, 21 at this point — they're a lot older, a lot more mature. Yeah, Murry kind of set him up. I think, in a sense. But you've gotta give David credit, 'cause he stuck to it.”

After splitting from the Beach Boys, Marks formed his solo band the Marksmen and became one of the first acts signed to A&M Records. Later on he played in the late '60s psychedelic and jazz-inspired band the Moon, and went on to attend classes at Boston's Berklee School of Music before becoming a session guitarist.

Although Marks had initially kept in touch with his former bandmates, as the '60s progressed he had pretty much lost touch with the group. In 1971 he was surprised to receive a phone call from Mike Love, urging him to rejoin the band: “He just thought that it was a good idea that I started touring with the band. And I guess Carl, grudgingly, went along with him. I went up to Brian's (house) and was going to be in the band. But Carl informed me that I was going to be the bass player in the band, and proceeded to try to get me to do, y'know, '(Help Me) Rhonda,' and 'Dance, Dance, Dance.' So, he sat at the piano and we played those songs and I played the bass. And I really didn't feel comfortable. I wasn't focused on that kind of music.”

In the early '70s, Marks occasionally would pop onstage at Beach Boys concerts. In the early '90s, he contributed to Brian Wilson's unreleased album Sweet Insanity.

Marks rejoined the Beach Boys in 1997 and stayed for three years. After regrouping with the original Beach Boys for the 2012 Top Three comeback album, That's Why God Made The Radio, he amazed audiences with his guitar work during this year's 50th Anniversary Tour, where he took lead vocals on such Beach Boys classics as “Hawaii,” “Getcha Back,” and his show-stopping solo guitar spotlight — “Pet Sounds.”

Mike Love says that after years of watching him battle his demons, Marks is a pleasure to be around: “David Marks, y'know unfortunately he got involved in alcohol and drugs, and so on like that, like too many people have in the music business. But he is so intelligent and such a great artist, too. I mean, he's really gifted at guitar and a really great person, and fun as could be. Whenever we've hung out together it's nonstop fun.”

Of all the Beach Boys, Al Jardine performs most often with Marks and says that he's impressed with their onstage chemistry: “Dave's a great guy, he really is. He's a nice, nice man. He's grown into a man from a boy. He's become a real gentleman; it's been nice working with him. He has a little self-confidence issue. He needs to step forward. . . He needs to grow into his own skin, but he's getting there. He's been under the radar for a long time.”

Jon Stebbins says that Marks, who quit the Beach Boys after their first five albums, hates being compared inaccurately to the Beatles' drummer Pete Best, who was fired prior to the group recording their first single: “It's funny, it's like the only thing in the world that gets his hackles up. Y'know he's the easiest going guy on earth, but one thing is, 'Don't call me Pete Best.' Y'know, you just need to point out to these people when they mention it, (that) Pete Best played on no Beatles hits. He played on none of their hit albums, none of their hit singles. And David played on all of these iconic Beach Boys singles.”

Out now is David Marks' latest album, called Back In The Garage. The collection — which features Marks backed by the renowned surf band the a-Phonics from Valencia, Spain — includes newly recorded takes on Marks' classic tunes by the Beach Boys and the Marksmen.

Also recently released is the 17-track compilation David Marks & The Marksmen The Ultimate Collector's Edition 1963 To '65.