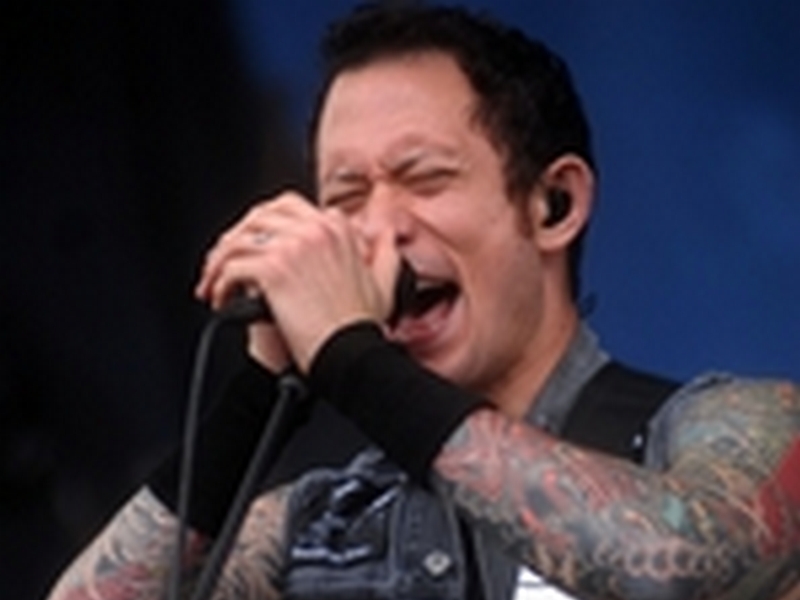 Trivium‘s Matt Heafy has something to say about Machine Gun Kelly in the midst of the his ongoing feud with Slipknot. Heafy tweeted his criticism of MGK calling him out for his “16-year-old pop punk cosplay identity.”

His remarks were reportedly in response to Corey Taylor's comment in an interview earlier this year saying in part, “I hate all new rock for the most part. I (hate) the artists who failed in one genre and decided to go rock and I think he knows who he is.”

Over the weekend, Heafy tweeted: “I’d like to formally diss Machine Gun Kelly for ‘being 31-years-old wearing a fu**ing 16-year-old pop punk cosplay identity on a fu**ing stage.'” He also game Kelly the nickname of “Squirt Gun Smelly’, adding, “I never thought about him till he took a shot at Slipknot — who are a band who’s paved the way for bands like mine. Thousands of bands like mine. Squirt Gun is a clout chaser. And even though it’s all a PR stunt, a shot at Slipknot needs an addressing.”

In a separate later tweet Heafy wrote, “I’d like to publicly apologize for my tasteless comments about MGK. I just found out he’s been afflicted by the Ligma variant. It’s really getting real out there. Thoughts and prayers homie.”