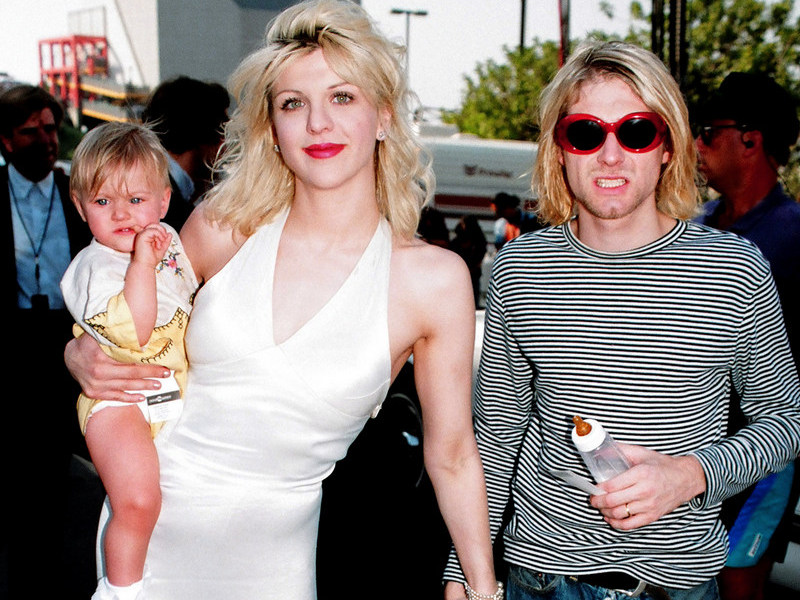 Kurt Cobain's widow Courtney Love spoke candidly about Cobain on the 30th anniversary of Nirvana's blockbuster album, Nervermind. During a chat with biographer Charles R. Cross for The Los Angeles Times, she surmised how Cobain's trajectory, which led to him committing suicide in 1994 at the age of 27, could've been changed, explaining, "I’m not really a fan of the idea that it all 'could have' been that different, but. . . he might have survived had somebody else (gone first). Like Eddie Vedder, somebody who had good infrastructure."

She went on to say, "Kurt was born a Halley’s Comet. It’s a miracle the record got made and that he found a great drummer and had a bass player he could rely on. He was so happy when this record was done. He now had agency. He had the courage to change both himself and the world, and with success he became emboldened."

Love recalled how Cobain dealt with the sudden and global success of Nirvana's Nevermind: "We were in Salem, Oregon when Nevermind went to Number One. He cried. I cried. We were really scared. Here was a man who liked pleasure, who enjoyed things, and yet he wasn’t supposed to. When people say, 'You are the voice of a generation,' what do you do with that?"

She went on to say, "Who Kurt was to me was never what you saw in the public. He could be very passive-aggressive and working two agendas in public. He could say one thing and do another. He had to be like that to be a junkie, so there was that whole thing that I share too."

We asked Charles R. Cross, who wrote the acclaimed 2001 biography of Kurt Cobain, Heavier Than Heaven, what he thinks Cobain would be up to today had he lived: ​["Towards the end of his life, Kurt was already talking about moving his musical sound away, he said, from, quote, 'screaming,' and more towards blues-based acoustic music. My guess is that he would be crafting albums that were of a more acoustic nature, that maybe reflected Americana. Whatever he would have done, Kurt was incredibly talented and of course the greatest loss, beyond the personal loss to those that loved him, is the fact that we lost all that future music."] SOUNDCUE (:27 OC: . . . that future music)