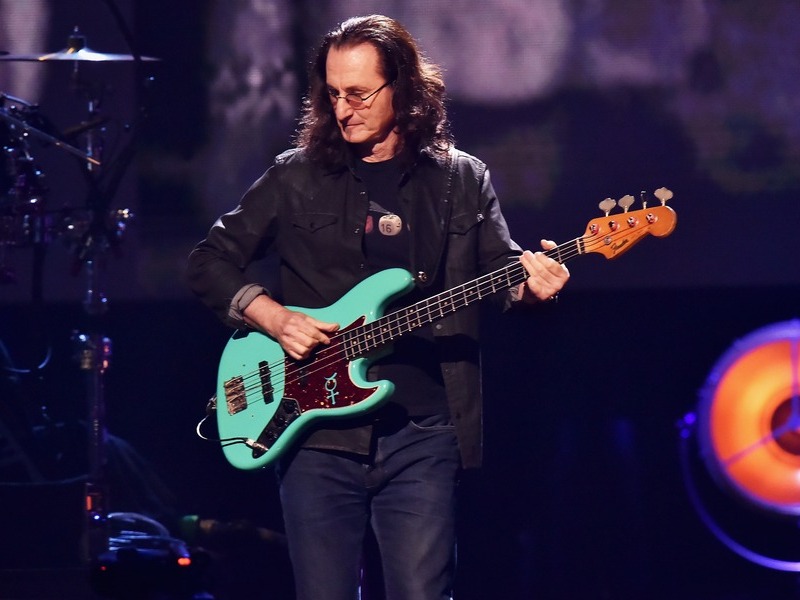 Geddy Lee announced he'll publish his autobiography in the fall of 2022. The Rush bassist wrote the still-untitled memoir while in lockdown in Toronto and revealed on social media how he spent the pandemic, posting in part, “There were some shiny silver linings to be found at home: teaching my grandson the finer points of baseball and birdwatching, tending to my pups (one of whom was quite ill) and spending the evenings with my lovely better half, glass of Armagnac in hand, as we watched every European mystery show ever produced. Oh, and another thing: I began to write. Words, that is.”

Lead went on to explain that the long shadow of Rush drummer Neil Peart's 2020 death played a part in inspiring the upcoming tome: “My friend and collaborator on the Big Beautiful Book Of Bass, Daniel Richler, saw how I was struggling in the aftermath of Neil’s passing, and tried coaxing me out of my blues with some funny tales from his youth, daring me to share my own in return. So I did — reluctantly at first, but then remembering, oh yeah, I like wrestling with words.”

Geddy Lee told us that over the course of his life and career he's never been afraid of making a mistake in public: “Y'know, you look back, and sometimes you go, 'What was I thinking?' But that's part-and-parcel of, kind of, being slightly experimental. That means you're gonna make mistakes, and you're gonna, you're gonna be off the mark sometimes. But I think it's important for all artists not to be afraid to make mistakes in public.”