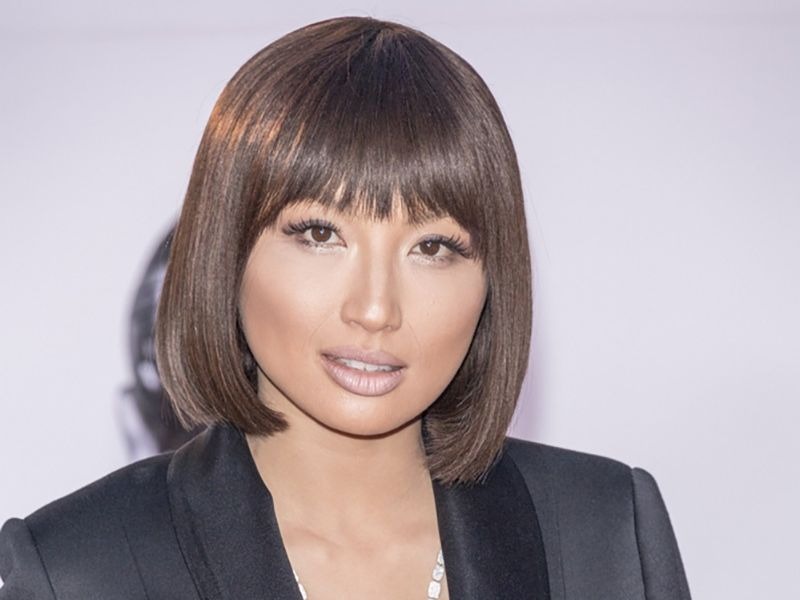 Jeannie Mai Is Pregnant With Her First Child

The Real co-host Jeannie Mai has announced that she is pregnant by husband, rapper Jeezy. In the past, the talk show host was open about the fact that she never wanted children, which put a strain on her marriage to her first husband, Freddy.

During yesterday's (September 20th) episode of The Real, she said, “Jeezy and I have been kind of saving this and hiding this for five months. So, we’re relieved to finally share the news.”

On what changed her mind about becoming a mom, she said, “I was like, I know exactly what I want, I know exactly what kind of woman I want to be, and I always said, ‘I’d never be a mom.' And there’s so many reasons now that are coming to fruition as to why I would have said that then, but I do know that you never say never, and that love can really change you.”

Jeannie is a child abuse survivor. She went on, “But when you know what feeling unsafe is like, that becomes your world. And falling in love with Jeezy, meeting someone who also didn’t feel safe in their life, we begin to really create a place where our happiness spelled out what safe looked like around us. So as soon as you feel safe in a healthy relationship, all of a sudden you start having visions and dreams, and for both of us, at the same time, it would be becoming parents, having kids.”

During an interview with Women's Health, Jeannie revealed that her and Jeezy decided a year ago that they wanted to have child but they struggled to conceive, so they opted in vitro fertilization. She became pregnant before their March 2021 wedding but she had a miscarriage soon after.