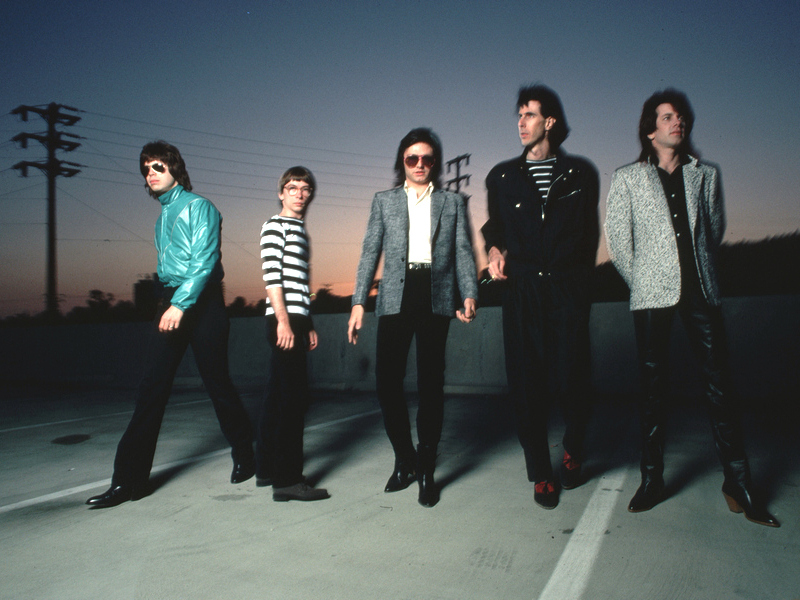 It was three-years-ago today (September 15th, 2019) that Ric Ocasek, the guitarist and leader of the Cars, was found dead in his Manhattan apartment at age 75. Although he suffered from both a hypertensive heart and coronary artery disease, it was reported he officially died from natural causes.

Ocasek is survived by six sons, two from each of his three marriages. At the time of his death he was estranged from his third wife, supermodel Paulina Porizkova — who has since revealed, unbeknownst to her, that prior to her husband's death, she had been erased from his will.

Ric Ocasek, who was born Richard Theodore Otcasek in Cleveland, is responsible for some of the most timeless and important pop/rock/new wave classics recorded between 1978 and 1985; literally writing every hit the Cars scored during their original eight-year run. Ocasek, who played rhythm guitar, shared lead vocal duties with late-bassist Benjamin Orr, and wrote such instant radio staples as “Just What I Needed,” “Shake It Up,” “Since You're Gone,” “You Might Think,” “Good Times Roll,” “Touch And Go,” “Drive,” “Tonight She Comes,” “Heartbeat City,” “Let's Go,” “Magic,” and “My Best Friend's Girl.”

The Cars split in 1988 and reunited in 2011 for their first album in 24 years, titled Move Like This. In 2018 the band was finally inducted into the Rock And Roll Hall of Fame. Between 1982 and 2005 Ocasek released seven solo albums.

Ric Ocasek told us that looking back on the band's glory years, both on and off the stage, the Cars delivered to not only themselves and their fans, but to other groups coming up in the late-'70s and early-'80s: “I like the fact that we were a good pop band. I thought we had some integrity about it. I think we cared about, like, the commercial side and the art side; we tried to make it interesting in both ways. And when we were in the Cars, we were pretty focused on, like, what we thought was good music, y'know, besides our own. And we would go to radio stations and try to play, y'know, other people's records that we liked, that we thought were new on the scene. And we tried to promote, like, y'know, kinda music and art together.”

After the Cars' split, Ocasek became an in-demand record producer manning the boards for the likes of Weezer, No Doubt, Suicide, Romeo Void, Hole, Nada Surf, Black 47, and others.

Ric Ocasek's work on Weezer's 1994 “Blue” album — which included such hits as “Undone (The Sweater Song),” “Buddy Holly,” and “Say It Ain't So” — resulted in sales of over 15 million units worldwide. Weezer's Rivers Cuomo admitted the failure of the band's followup album — Pinkerton — led them to reunite with Ocasek ASAP: “We decided to use a producer this time around because we screwed up the last record so bad that no one would play it on the radio. . . Yeah, Ric kind of seems like a permanent part of our crew now. . . Yeah, he gives you advice about all kinds of things that no one else can give you, because they haven't been through the type of experiences that he has and we have.” SOUNDCUE

At the Cars' 2018 Rock Hall induction, guitarist Elliot Easton took time out to thank Ric Ocasek for providing the group with an unforgettable repertoire of hits: “It all begins with a great song. Without that none of this would exist. The music business, radio, Hall of Fame — all of it. Without a great song, there's nothing. And in Ric Ocasek we had an incredible songwriter (applause). Songs. . . (applause) that's right. Whose songs gave the band such a wonderful platform and framework for the rest of us to be creative and do the best work of our lives — and they still sound great today. Thanks Ric.”

When Ric Ocasek took to the podium, he saluted his nearest and dearest: “Most importantly, I'd like to thank my loving family, because they know me pretty well — but they still like me anyway. (laughter).”