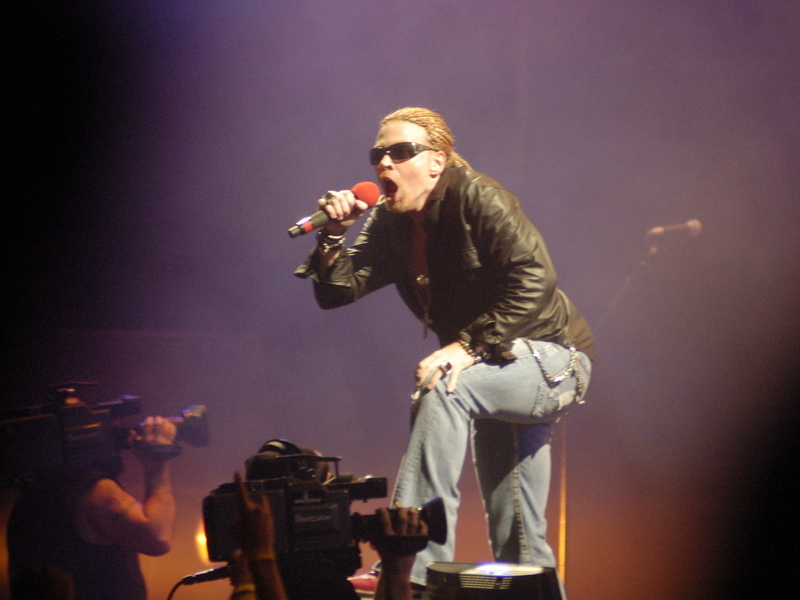 All signs are pointing to a new Guns N' Roses track being dropped in the new future. Following last month's release of “Absurd” — a reworking of the looming-unrealesed song “Silkworms,” Blabbermouth reported the band is now prepping a tune called “Hard Skool” for imminent release.

Guns fans are have been aware of the track for some time now, as it was originally recorded under the working title of “Jackie Chan” during the band's sessions for their last album, 2008's Chinese Democracy.

Fans are still eagerly awaiting the first new full album from co-founders Axl Rose, Slash, and Duff McKagan since 1993. Slash told us that the band had yet to begin writing in earnest: “There's, y'know, bits and pieces of things and whatnot, but I mean, to really focus on it in earnest as this group that just got together a couple of years ago, we haven't really done that much with it yet.”