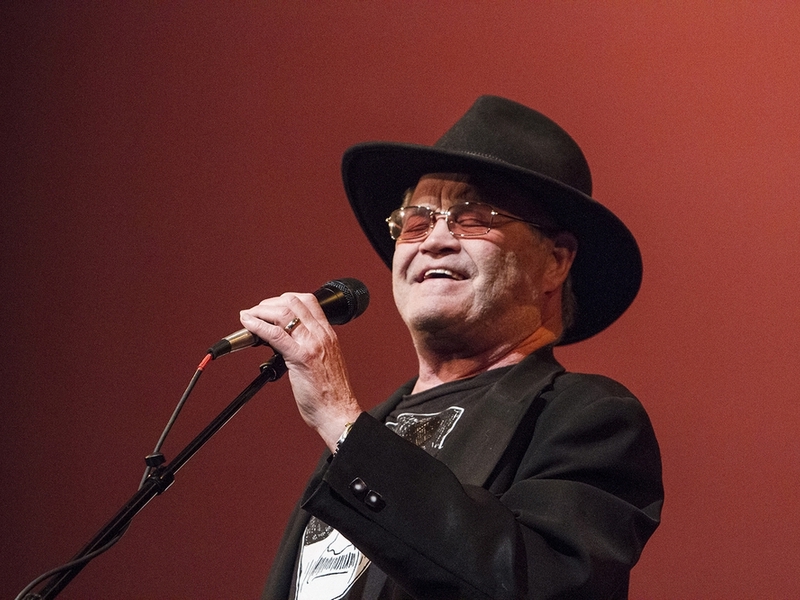 The surviving Monkees are ending their career with a setlist that can only be considered a die-hard's dream. With the show keeping the form of Micky Dolenz and Mike Nesmith's most recent pre-pandemic dates, the pair are unabashedly tapping into their deep album cuts, with the new show featuring the world premiere of 1967's “Love Is Only Sleeping” from Pisces, Aquarius, Capricorn & Jones Ltd. and the uber-rare “While I Cry” from the all-but-forgotten 1969 Head followup, Instant Replay.

Other deep dives into the catalogue include “The Kind Of Girl I Could Love” from 1967's More Of The Monkees; “The Door Into Summer” from 1967's Pisces, Aquarius, Capricorn & Jones Ltd.; “Tapioca Tundra” and “Auntie's Municipal Court” from 1968's The Birds, The Bees & The Monkees; “Through The Looking Glass” from 1969's Instant Replay and “St. Matthew” from the album's sessions.

Micky Dolenz explained to us that unlike nearly every other rock band from the 1960's, there's actually no infrastructure behind the band's touring and business, with the members of the Monkees always acting as free agents entering into a new deal with every new project: “When the show went off the air, it was, 'Bye guys — nice to meet ya!' From that point on to this day, it takes someone, literally tracks us. . . Very similar to, say, if Paramount decides they want to make a new Star Trek movie. Someone calls William Shatner's agent, and somebody calls a writer, and somebody make the deal — and they make the movie. And that's always how it's been with the Monkees. There was never a Monkee management, (a) Monkee office. After the show went off the air, that was it — show's over.”

Celebrated Beach Boys author and West Coast rock historian Jon Stebbins told us that the music world — especially younger listeners — aren't hung up with the issues the hipper-than-thou rock press had with the Monkees back in the day. Stebbins says that the quality of the band's catalogue, along with the reverential status the Monkees' 1968 movie Head has attained, has rewritten all the rules for the band: “Who cares how it happened? They were the artists, they sang on the records, they played on a lot of the records, they wrote a bunch of the stuff and at the same time, they're touring behind the stuff and they're making a hit TV show and a classic movie. How many classic movies are there out there — rock n' roll movies made by a band? I mean, I realize it's because of money — but, y'know, what generated money? Y'know, popularity generated money and it generated the inertia that they could go out and make a bomb of a movie that cost millions of dollars to make, or whatever, and that it is this amazing counter-culture classic.”