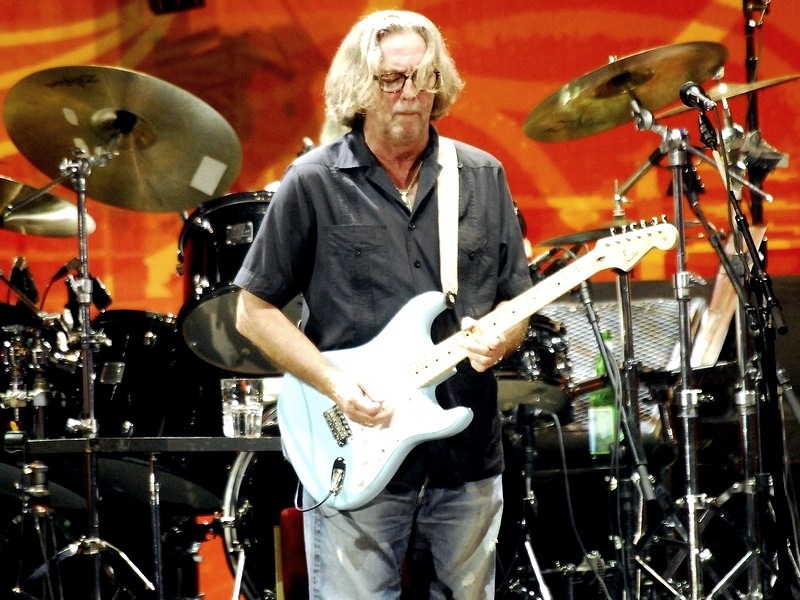 Eric Clapton Announces ‘The Lady In The Balcony: Lockdown Sessions’ For November

Coming on November 12th is Eric Clapton's new studio set, The Lady In The Balcony: Lockdown Sessions. The 17-track collection was produced by Russ Titelman, and features scaled back, full-band renditions of country and blues standards along with such Clapton standards as “After Midnight,” “Layla,” “Bell Bottom Blues,” “Tears In Heaven,” “Nobody Knows You When You're Down And Out,” and “Key To The Highway.”

The project was initiated as the result of the forced cancellation of Eric Clapton’s concerts scheduled for May 2021 at the Royal Albert Hall due to the continued disruption caused by the pandemic. Looking for a viable alternative and hoping to keep his options open, he reconvened with his band to the English countryside and staged a concert in the presence of only the participants themselves while letting the cameras roll. Clapton’s wife Melia, the sole outside observer inspired the Sessions title.

The mostly acoustic set was envisioned to be like an Eric Clapton Unplugged II, but not quite, as three songs are played with electric guitars. The result became far more than simply a sequence of greatest hits. Rather, it’s one of the most intimate and authentic performances of Clapton’s entire career, an offering flush with real insight into the make-up of his indelible catalogue.

The tracklisting to Eric Clapton's 'The Lady In The Balcony: Lockdown Sessions' is: “Nobody Knows You When You’re Down And Out,” “Golden Ring,” “Black Magic Woman,” “Man Of The World,” “Kerry,” “After Midnight,” “Bell Bottom Blues,” “Key To The Highway,” “River Of Tears,” “Rock Me Baby,” “Believe In Life,” “Going Down Slow,” “Layla,” “Tears In Heaven,” “Long Distance Call,” “Bad Boy,” and “Got My Mojo Working.”

Eric Clapton admitted that he records these days mainly to satisfy his own musical tastes: “I make records, as much as anything, for me to, to be able to listen to. I mean, it's almost like I can't buy what I want to hear, so I make what I want to hear. And I think about, I dream up what I would like to hear, and then I try to go about making that for myself. So it's a very selfish occupation, really.”

Nathan East has recorded and toured with Clapton off and on since his 1986 August album. He reflected on the qualities that make his old pal such a unique artist: “Eric is just a one-of-a-kind. There’s Eric and then there’s every other musician (laughs). Everything he touches seems to turn to gold, y'know? He has a beautiful voice and I’ve never met anyone who plays with such passion. Music is such an expression of passion and all the things that have happened to you and whatever — and Lord knows he’s been through a lot in his life — but the way it flows through him musically is like something I’ve never ever seen.”