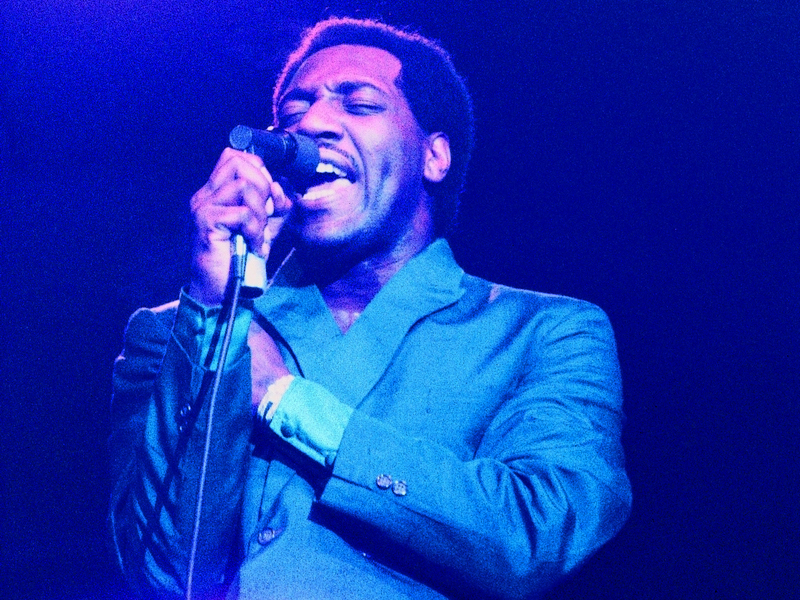 Today (September 9th) marks what would have been the legendary Otis Redding's 80th birthday. Born in Dawson, Georgia, Redding recorded for the historic Stax label and was one of the most significant artists of the 1960's.

The Otis Redding Museum in Macon, Georgia will unveil a new collection of memorabilia chronicling Redding’s life, legacy, and influences on the world with handwritten notes, unseen photos, and more. For more info, log on to: https://otisreddingfoundation.org/

Initially a singer in guitarist Johnny Jenkins' band, Redding scored his first solo hit with “These Arms Of Mine.” He hit his stride as a solo performer in the mid-'60s with hits like “I Can't Turn You Loose,” “I've Been Loving You Too Long,” and “Tramp,” a duet with his labelmate Carla Thomas.

Although his hits were major R&B successes, Redding didn't start to cross over to the pop charts until 1967, when Aretha Franklin scored a Number One hit with a cover of his song “Respect,” and Redding backed by Booker T. & The MG's performed a legendary set at the Monterey International Pop Festival.

Tragically, while on the cusp of global super-stardom, on December 10th, 1967 Otis Redding died in a plane crash at the age of 26. At approximately 3:30 pm that afternoon, the plane carrying Redding and his backing band, the Bar-Kays, was on its way to a concert in Madison, Wisconsin, when it crashed in the state's icy Lake Monoma. Everyone on board except trumpeter Ben Cauley of the Bar-Kays was killed.

Three months after his death, on March 16th, 1968, “(Sittin' On) The Dock Of The Bay,” which was recorded just a few days before the crash, became Redding's biggest hit, topping the singles charts for four weeks.

In 2007, in commemoration of the 40th year of his death, a tribute was held at the Monona Terrace Convention Center, which overlooks the lake and is near the crash site. Mayor Dave Cieslewicz read a statement from Governor Jim Doyle declaring December 10th “Otis Redding Day,” and local musicians played a selection of Redding's music.

Late-Bar Kays trumpeter Ben Cauley, who was the sole survivor of the legendary plane crash, performed at the memorial. The appearance marked Cauley's first return visit to the crash site.

In 1990, rockers the Black Crowes scored a Top 30 hit with a cover of Redding's “Hard To Handle.”

In 2002, Redding's hometown of Macon, Georgia honored him with a memorial statue in the city's Gateway Park. Two years after that, Rolling Stone magazine ranked Redding 21st on their list of the “100 Greatest Artists of All Time.”

Sam Moore of Sam & Dave, who in 2002 testified during the California Senate Judiciary Committee hearings investigating the accounting practices of record companies, says that Redding was to join him to fight for artist's rights at the time of his death: “Just before — to give you an idea — just before Otis Redding passed, he was supposed to be leaving Madison to meet me up in Washington. We were going to sit there and try. . . We're not magicians, like I said the other day, nor are we mathematicians, but we knew the figures are not correct. And we were gonna sit there and try and find. . . to go up on the hill and ask for somebody to help us.”

The late-Isaac Hayes remembered that his first recording session at Stax studios as a sideman for Otis Redding was a life-changing experience: “I was nervous as hell on the Otis Redding album session. I was nervous, man. But I got through that. Otis was very charismatic and very personable. And (after) I found out how easy it went, I got inducted into the whole music staff.”

In 1988, Paul Rodgers of Bad Company sang Redding's “(Sittin' On) The Dock Of The Bay” at the Atlantic Records 40th Anniversary concert, backed by Steve Cropper and Donald “Duck” Dunn of Booker T. & the MG's — the band that backed Redding on the original version of the song. Rodgers says that performing that song with Redding's bandmates was a once-in-a-lifetime experience: “'Dock Of The Bay,' it's just a great song — great song to do, and it was exceptionally great to do with his band. But, of course, there are other (great songs) — 'Champagne And Wine' is a beautiful song, too.”

Out now is Otis Redding – Live At The Whisky A Go Go: The Complete Recordings. In chronological order, the six-CD collection presents the entirety of Redding's historic performances over three nights at the famed Sunset Strip venue, recorded on April 8th, 9th, and 10th, 1966.

In the coming months, Rhino will release new Immersive Dolby Atmos Mixes for some of Otis Redding's biggest tracks — including “These Arms Of Mine,” “Pain In My Heart,” and his holiday classics “Merry Christmas Baby” and “White Christmas.”

This fall will also see other artists expressing their appreciation of Redding with a rollout of several new remixes of some of his classic tracks. The series kicks off this week with “Tramp,” Redding’s classic 1967 duet with Carla Thomas, by the Australian electronic duo Korky Buchek.