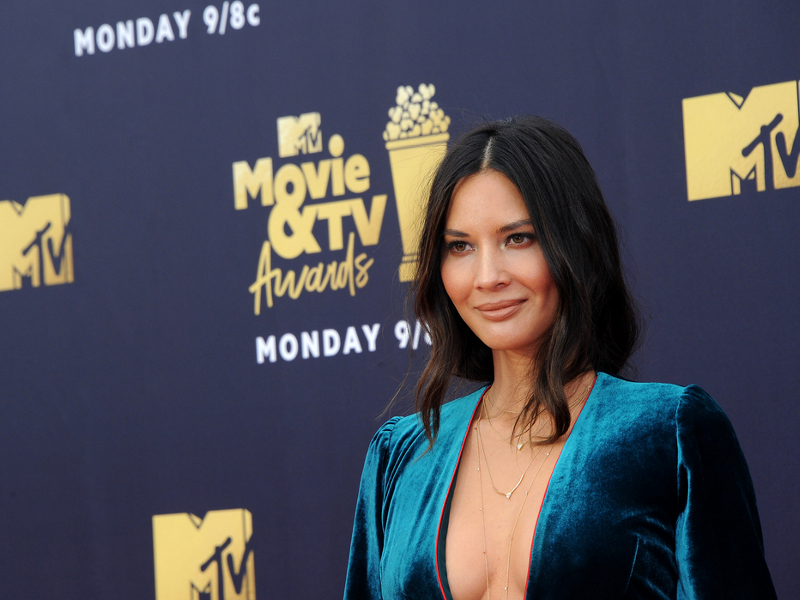 OLIVIA MUNN SPOTTED SPORTING BABY BUMP IN LA: John Mulaney and Olivia Munn are expecting a baby, and she’s far enough along that the former Newsroom star is already showing. The comedian announced the pregnancy on Late Night with Seth Meyers Tuesday (September 7th), telling the host, “Olivia and this baby have helped save me from myself in this early journey out of recovery.” Following the interview, Page Six revealed a photo of Munn in Los Angeles Thursday (September 2nd), wearing a baggy sweatshirt to cover her growing baby bump. A source exclusively told the outlet that couple are delighted by the news, which comes less than four months after their romance was first revealed.

'BLUES CLUES' HOST ADDRESSES HIS DEPARTURE FROM THE SHOW: Blues Clues host Steve Burns issued a video message for fans on Nick Jr.’s Twitter account Tuesday (Sept 7th) night in honor of the show’s 25th anniversary. The 47-year-old discussed leaving the show in 2002 to go to college. Millennials on Twitter got hit “in the feels” when Burns closed out the clip by saying, “I guess I just wanted to say that after all these years, I never forgot you. Ever. And I’m super glad we’re still friends.”

ALICIA VIKANDER AND MICHAL FASSBENDER REVEAL THEY ARE NEW PARENTS: Alicia Vikander is opening to People about becoming a mom. The 32-year-old Oscar winner quietly welcomed her first child with husband Michael Fassbender, 44, earlier this year. She tells the outlet, “I now have a whole new understanding of life in general. That's pretty beautiful, and obviously will give a lot to any of my work in the future.” Fassbender and Vikander will celebrate their fourth anniversary in October.

JENNIFER ANISTON LAUNCHES HAIRCARE BRAND: Jennifer Aniston introduced her haircare line on Wednesday (Sept. 8th). In an Instagram post, the fomer Friends star proudly announced that the first product in her Lolavie line – the Glossing Detangler – is now available. She writes, “We’re really proud to say it’s been made WITHOUT all the bad stuff… we’re paraben-free, silicone-free, sulfate-free, phthalates-free, gluten-free, vegan… and of course CRUELTY-FREE, because we love our animals.”