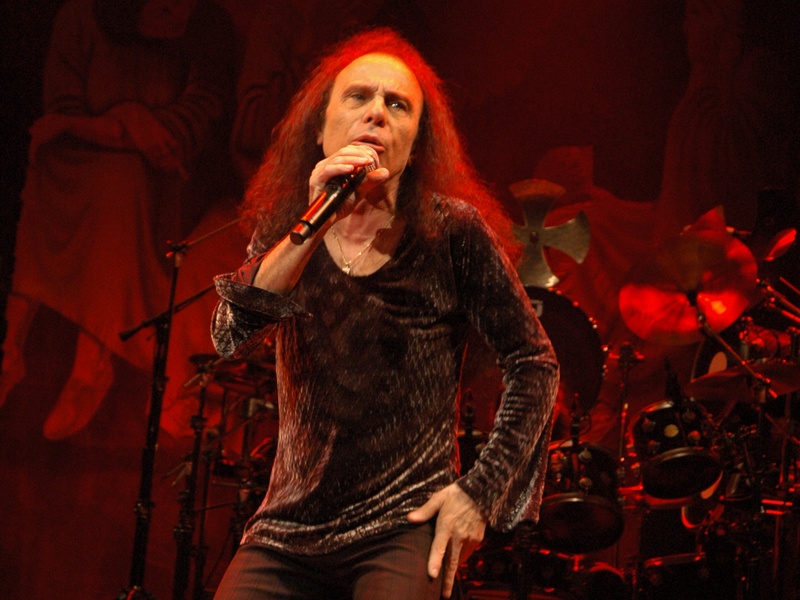 Ronnie James Dio Hologram Too Expensive To Use Again

Wendy Dio, the widow and long-time manager of the late Ronnie James Dio, says his hologram may never be used again.

In an interview with Ultimate Classic Rock, she said the project is “on hold.”

She’s not even sure if they’ll ever be able to do it again. Explaining that they tried it but the audience wasn’t always there for it.

She said, “I just think that the fans would prefer to see Ronnie as being really Ronnie instead of a hologram.”

In a different interview with a Brazilian paper, she said, “The hologram was well received sometimes, sometimes not. It all depends on the people. But it costs so much money. You can only go into certain venues because of the height of it and the size of it.”

The Ronnie James Dio hologram made its debut in 2016 at Wacken Open Air Fest and although the technologically is an impressive, well-meaning tribute… many find it a morbid cash-grab that should never have been attempted.

Wendy also said that it was too expensive to travel, so they couldn’t go to places like Brazil, South America, Japan or Europe. They were just too limited.

She says Dio will go on tour next March, but this time “with some ISO film of Ronnie.”