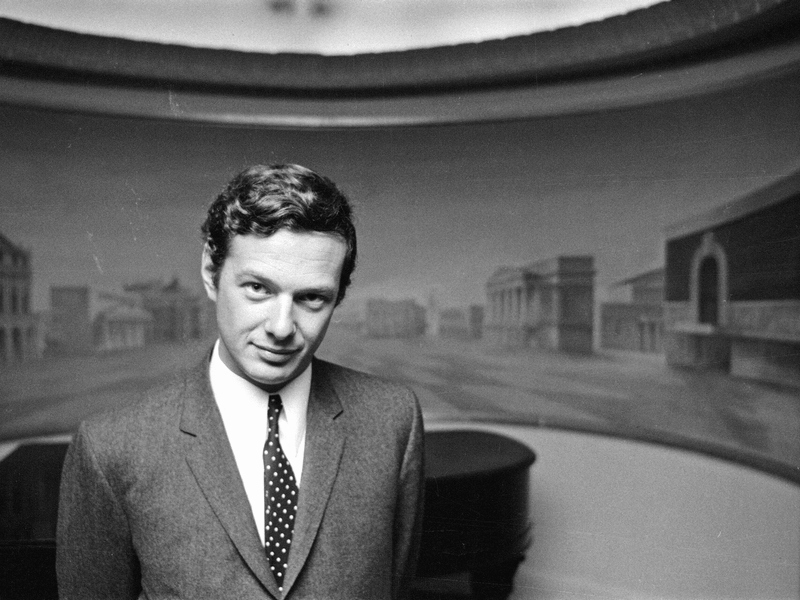 Today (August 27th) marks the 53rd anniversary of the death of the Beatles' manager Brian Epstein. Epstein, who died of an accidental drug overdose at the age of 32, literally groomed the group from a scruffy, leather clad, bar band into the most successful and influential musicians of their time. In April 2014, Epstein was finally inducted into the Rock and Roll Hall of Fame.

In 1963, Brian Epstein described what he saw on December 9th, 1961 when he caught the Beatles' lunchtime gig at the soon-to-be legendary Cavern Club: “The Beatles were then just four lads on that rather dimly lit stage, somewhat ill-clad and their presentation — well, it left a little to be desired, as far as I was concerned. But, amongst all that, I was immediately struck by their, their music, their beat, and their sense of humor, actually, on stage.”

Epstein, who ran the music division of his parents' Liverpool department store, discovered the band in late 1961 and in just over six months had secured them their record deal with EMI Records. During his six years managing the band, Epstein's office supervised all of their personal and professional cares, including tour schedules, police security, personal mortgages, honeymoons, vacations, publicity, and much more. Epstein served as the best man to John Lennon and Ringo Starr at their weddings, and at George Harrison's wedding, he shared best man duties with Paul McCartney. In 1963, John and Cynthia Lennon named Epstein the godfather to their only child, Julian Lennon.

On top of dealing with the Beatles, Epstein's NEMS Enterprises managed a stable of Liverpool stars, including Gerry & The Pacemakers, Billy J. Kramer & The Dakotas, and Cilla Black, among others. In later years, Epstein had a hand in the careers of the Bee Gees and Cream, via a short-lived partnership with Robert Stigwood.

Epstein was far from a perfect businessman, losing the group millions of dollars in a U.S. company producing Beatles merchandising. Although in recent years much has been written about Epstein's failings in the financial aspects of the Beatles' career, it should be noted that, apart from Elvis Presley, at the time there had been no barometer as to how to manage a pop group. Epstein and the Beatles were literally in uncharted waters as they helped create rock as a new industry. Despite the barriers that Epstein broke in terms of rock management, merchandising, and touring — not to mention actually DISCOVERING THE BEATLES — in the quarter century since it's come into being, he has yet to be inducted into the Rock and Roll Hall of Fame.

Martin Lewis, a noted Beatles aficionado who's occasionally done publicity for the group, explained just how absolute Epstein's belief was in “The Fab Four”: “Fairly early on, the first thing that Brian Epstein said was, 'They will be bigger than Elvis.' This was the most ludicrous, preposterous statement imaginable. The Beatles were a bunch of scruffy lads, working class lads from Liverpool, a provincial city in England. No British artist had ever been successful in America — let alone the opportunity of being as dominant as Elvis Presley. Within two-and-a-half years of making that statement, the Beatles were bigger than Elvis Presley.”

His personal life, which included bouts of depression over being gay, led to his growing dependence on alcohol and prescription medications. At the time of his death, he was afraid that the Beatles would not re-sign him as their manager when his contract was up later that year. In recent years McCartney has stated that the Beatles would have kept Epstein on, but would have reduced his 20 percent managerial fee.

After the Beatles' breakup, all four members stated that Epstein's death was the first crack in the group's foundation, and helped lead to their eventual split in 1970.

A while back, Paul McCartney shed light on the man who discovered the Beatles and marked his first friendship with an openly gay man: “We were just Liverpool guys, so the word was 'queer' — not gay. We didn't really have a problem with it, it was just something we made fun of — that's just the way it was. We didn't actually know any — we probably did — you didn't talk about it. The word was out that Brian was gay, uh, amongst people. The great thing for us was it didn't really effect us in any way. I think we suspected that he might hit on one of us. In the early days we were slightly, sort of, wondering whether that was his interest in us. But in my personal knowledge, he didn't.”

George Harrison's first wife Pattie Boyd speaks lovingly of Epstein in her recent memoir called, Wonderful Tonight – George Harrison, Eric Clapton And Me. She told us that Epstein served as a father figure for the Beatles: “I think that when they left home, when they left Liverpool and came to live in London, they were still very young. And I think that really they saw Brian as a patriarchal figure.”

Billy J. Kramer was asked if he felt his deal with Epstein was fair, in view of the fact that Epstein took a large managerial percentage and had almost total control over Kramer's career: “At the time, yes. Obviously times have changed, deals are different than what they used to be. That's just the way that it was back then. It's like asking a ball player who's been retired for 20 years, was he pleased with what he got. Y'know, same kind of thing really.”

Peter Asher, whose sister Jane Asher was engaged to Paul McCartney, first met Brian Epstein in 1963, while still a part of Peter & Gordon, who were the recipients of several Lennon & McCartney-written hits. He recalled to us what was unique about Epstein and the way he handled his business: “Yeah, the thing that most impressed me about Brian, and we weren't close friends, but I watched him, y'know, work with the Beatles, he actually cared almost more than any manager I've ever seen. He was so deeply committed. And, y'know, his biggest fear was ever putting a foot wrong or ever making a mistake. Y'know, he really wanted to get everything right and he wanted everything to be special.”

The Beatles' late record producer George Martin credited Epstein's blind faith in the group's talent as the reason they were able to succeed: “Brian Epstein was dedicated to his charges, and he had faith in them when nobody else did. I think it was that faith that gave them their initial success. They'd been through so many things together and then had no success at all. Everywhere he went he was turned down, but it was his faith, I think, that persuaded me to come and bring them down to Liverpool and listen to them.”

In 1991 a film titled The Hours And Times was released portraying a fictional account of Epstein's April 1963 holiday to Spain with John Lennon. According to legend, during the trip Epstein and Lennon consummated a sexual relationship.

A film on Epstein's life has been in the works for several years, with actor Jude Law reportedly attached to the project at one point.

In 2009, Variety reported that producer David Permut had acquired Tony Gittelson's script, called A Life In The Day, which chronicles Epstein's life from 1961 to 1967. No shooting date has been announced.

It was announced in 2012 that Tom Hanks and his Playtone production company will produce an upcoming, still-untitled Brian Epstein biopic. The film will be directed by Paul McGuigan with a screenplay by Todd Graff and stars actor Benedict Cumberbatch as Epstein. No start date has been set for the film.

In March 2019 it was announced a new program on Brian Epstein is in the works as a limited scripted series for Bravo. The project, based on Vivek J. Tiwary's graphic novel, The Fifth Beatle: The Brian Epstein Story, has already had two stalled movie versions based around the comic — the last in 2015, with Simon Cowell producing. According to The Hollywood Reporter, “The potential series includes Tiwary's access to the Lennon/McCartney song catalog, marking the first Beatles-related biopic to secure those rights. Tiwary will pen the script and executive produce alongside Leopoldo Gout. The project hails from Universal Cable Productions and Sonar Entertainment.” There's been no word as to when the project is set to start production.