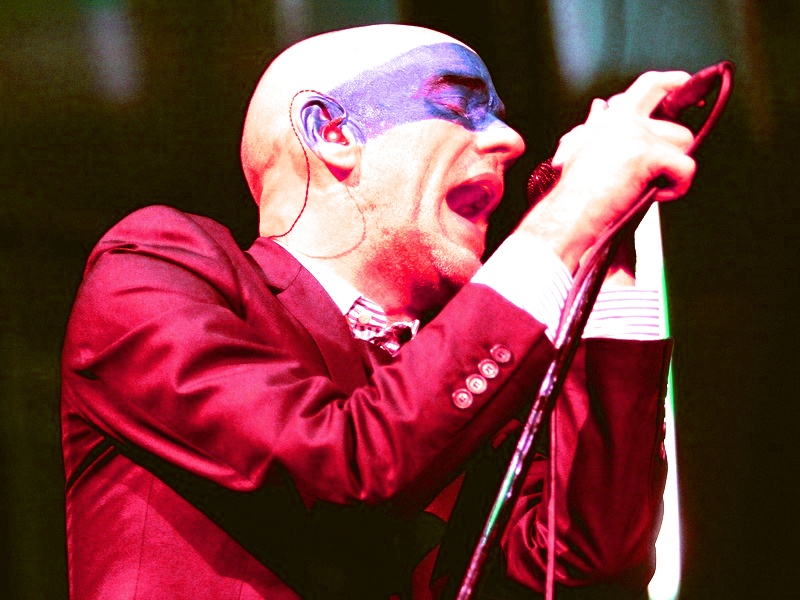 Coming on October 29th is the 25th anniversary reissue of R.E.M.‘s 1996 New Adventures In Hi-Fi set. The new edition is available for pre-order and features a bonus-filled double-CD/Blu-ray “Deluxe Edition” offering the newly remastered album, 13 B-sides and rarities, a never-before-released 64-minute outdoor projection film (shown on buildings across five cities in 1996 to promote the album’s original release), and a previously unreleased 30-minute EPK.

New Adventures In Hi-Fi was released on September 9th, 1996 and was the final album to feature co-founding drummer Bill Berry. The set featured four singles — “E-Bow the Letter,” “Bittersweet Me,” “Electrolite,” “How The West Was Won And Where It Got Us.” The album topped the UK charts and peaked at Number Two on the Billboard 200 albums chart.

R.E.M.'s new New Adventures In Hi-Fi Blu-ray features the album in Hi-Res and 5.1 Surround Sound audio, plus five HD-restored music videos including “Bittersweet Me,” “Electrolite,” and “E-Bow the Letter.”

Housed in a 52-page hardcover book, the collection includes archival photographs — many of which have never been published — plus new liner notes from journalist Mark Blackwell and reflections from all four original band members, as well as from Patti Smith, Thom Yorke, and producer Scott Litt.

Bassist Mike Mills told us that the band never needed a hit single to feel relevant or successful: “It is and that's never been our aim or our goal. We just try to do whatever it is we're doing to the best of our ability. And I think you're gonna have ups and downs. And that's certainly understood. But it is nice to know that what you're doing is good and that these recordings are good — and to know that if people get a chance to hear them, then they'll probably like them.”

Michael Stipe told us he believes in the power to reach people on an emotional level: “I go to music for certain things. I go to the Internet and newspapers and television for other things. I don't go to music to receive political ideas or messages or to be hectored or lectured. I go to music for something more emotional and more personal and something that's about me and that's the beauty of the medium.”

Disc One: Remastered
“How the West Was Won And Where It Got Us”
“The Wake-Up Bomb”
“New Test Leper”
“Undertow”
“E-Bow The Letter
“Leave”
“Departure”
“Bittersweet Me”
“Be Mine”
“Binky The Doormat”
“Zither”
“So Fast, So Numb”
“Low Desert”
“Electrolite”
Produced by Scott Litt & R.E.M