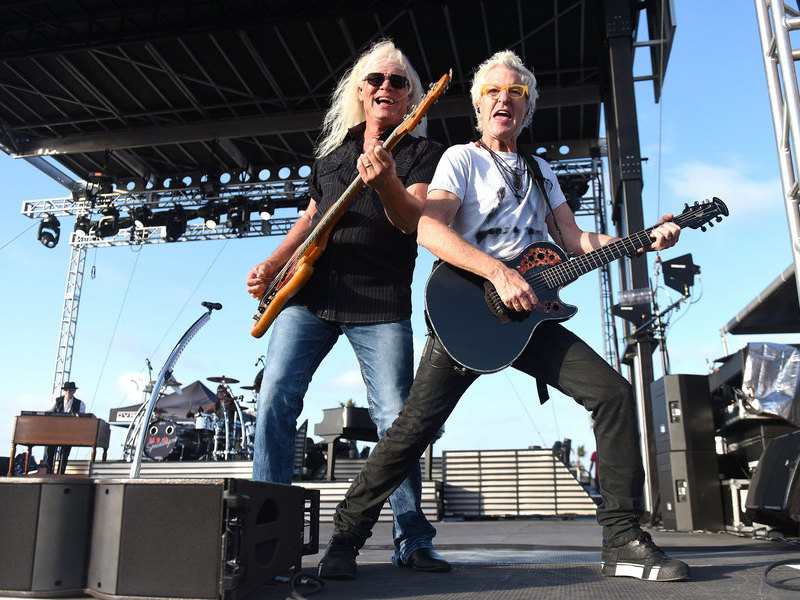 REO Speedwagon Back On The Road

REO Speedwagon is back on the road, and after opening last night (July 27th) in Selbyville, Delaware, the band soldiers on tonight (July 28th), hitting Bridgeport, Connecticut's Hartford HealthCare Amphitheater. REO is booked for a massive run of shows that doesn't wrap until December 14th in Marietta, Ohio at Peoples Bank Theatre.

In concert, REO Speedwagon covers most of its hits — including a healthy dose from its chart-topping 1980 classic, Hi Infidelity — which, in 1981 spent 30 weeks in the Billboard Top 10. Bandleader and frontman Kevin Cronin told us that forget about the band painstakingly crafting their masterpiece — the only game plan behind the album was to not get dumped by their record label: “Basically, we were in the studio and we had the guillotine hanging above our necks. Y'know, the record company was like, 'Something better happen (laughs) with this next record, or you guys are history,' y'know? Pretty much every record we made, we were on the brink of having our contract canceled. But looking back on it, it probably helped motivate us in some way.”