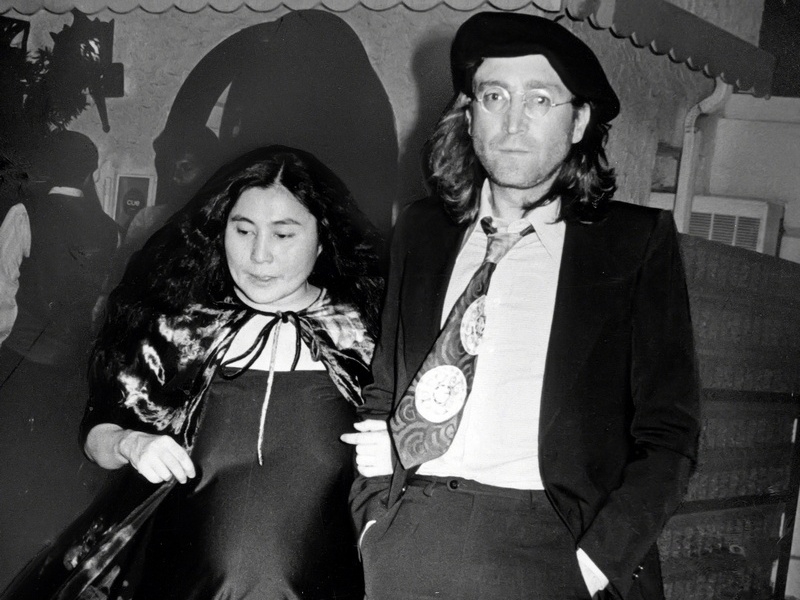 45 Years Ago Today: John Lennon Wins His Battle To Stay In America

It was 45 years ago today (July 27th, 1976) that John Lennon was issued his Green Card, winning his four-year battle with the U.S. Government to stay in America. Lennon's fight for residency began almost immediately upon landing in the States in the fall of 1971 with wife Yoko Ono. Due to the couple's outspokenness about the Nixon administration's escalation of the Vietnam war, Lennon and Ono were targeted by the FBI, which had them followed and bugged their phone, in an effort to track their political activities.

By March 1972, Lennon and Ono had befriended counter-culture icons and Chicago Seven defendants Abbie Hoffman and Jerry Rubin, who soon told Rolling Stone that Lennon would take part in a demonstration outside that summer's Republican National Convention in San Diego. Although Lennon went on record stating that he had no intention of doing so, it was then that the U.S. Government began stepping up their deportation hearings against him, using his 1968 conviction for marijuana possession as the basis for his deportation. For the next four years, Lennon was in and out of court fighting to remain in the U.S., and was unable to leave the country for fear of not being readmitted.

During his last TV interview in April 1975, Lennon told Tomorrow Show host Tom Snyder that his life in New York City was a world away from the existence he led during the height of the Beatles' fame: “Y'see having gone through the 'Beatlemania' thing; nowadays it's nothing like that. I mean, I can walk down the street and somebody will say, 'Oh, hi John!' and they don't hassle me. I might sign one autograph, two autographs, y'know? And I don't get hassled. I went through that period when I actually couldn't go anywhere. And so now it's like, I can go and eat, we can go and eat, we go to the movies, we go wherever we want.”

Although the deportation case hit hard on Lennon — both mentally and financially — during the process, he was always able to look on brighter side, at least for the public: “Occasionally I get into a little spot of trouble, but nothing that's going to bring the country to pieces. I think there's certainly room for an odd Lennon, or two, here.”

Among the celebrities who testified on Lennon's behalf were screen legend Gloria Swanson, author Norman Mailer, and TV personalities Dick Cavett and Geraldo Rivera. Friends including actor Peter Boyle and avant garde composer John Cage were present at the hearing for moral support.

Outside the courthouse Lennon said, “It's great to be legal again. I'll tell my baby. . . If I had lived 2,000 years ago I would have wanted to live in Rome. New York is the Rome of today. Now I'm going to crack open a tea-bag and start looking at some travel catalogues.”

When Lennon was asked whether he bore a grudge toward those who fought so vehemently to have him deported, Lennon said no, and joked, “Time wounds all heels.”

David Leaf, who co-directed the 2006 documentary The U.S. vs. John Lennon which chronicles Lennon's harassment by the Nixon administration, says that the footage of Lennon finally receiving his Green Card was discovered during the production's eleventh hour: “Y'know, we had interviewed people who were there and they had told us what John said outside the building, but to find John saying that, it's so impactful. Y'know, he thanks his fans, he makes the classic comment, 'Time wounds all heels.' We found that three weeks before we finished the movie. It was in a mismarked reel.”

Legendary photographer Bob Gruen was one of the few people from the early-'70s to retain a strong friendship with Lennon through-out his late-'70s “househusband” period. Gruen recalled that at the time, Lennon showed zero interest in the music world: “I remember after Sean was born, he wasn't interested in going out at all. He really kind of gave it up. He told me he canceled his subscription to Billboard, if he ever had the radio on it was on the easy listening station. I was hanging out with the (New York) Dolls, and Blondie, and punk and everything was going on and I would tell him about it and he's. . . it was kind of like, 'That's nice' — and it was sort of like, he had done that.”

One country he never made it back to was his native England, which he was hoping to return to in the spring of 1981 during a planned world tour. Lennon would have been eligible to apply for U.S. citizenship that year as well.