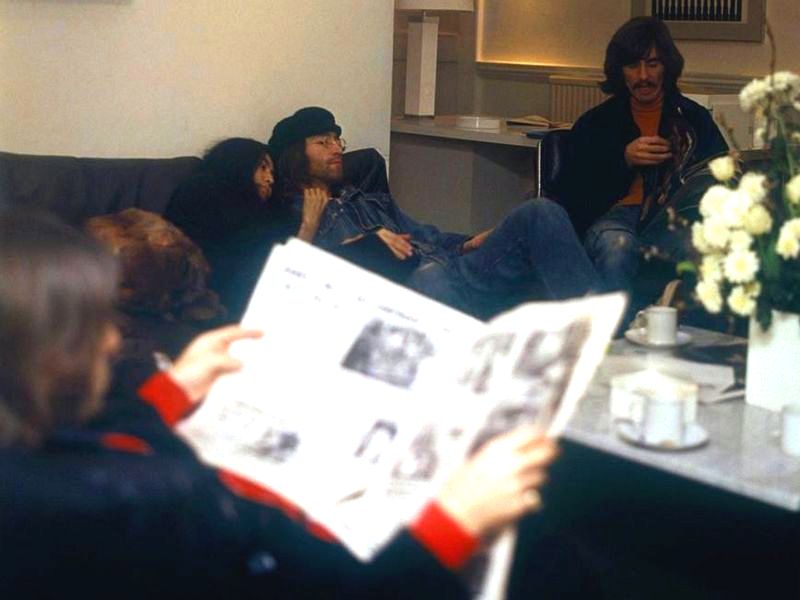 Director Peter Jackson revealed that his initial cut of the 55-hours of Let It Be outtakes from January 1969 was originally a whopping 18 hours long. The Beatles: Get Back will roll out over three days, November 25th, 26th, and 27th, 2021, exclusively on Disney+. Each of the three episodes is approximately two hours in length.

In a new interview with GQ, Jackson was asked if the surviving Beatles and/or their respective estates have given him notes or made suggestions regarding his edits: "No, none. No. I mean, they’re very hands-off. They gave me the footage, I disappeared to the other side of the world with it and I’ve never gone back to Britain since. The first cut was 18 hours long and I’d hoped that there’d be an appetite to say, 'OK, let’s do a six-hour version.' All the footage we’ve been cutting is there and we just left it as a cut scene, so it didn’t take us long to put a longer version together. I knew in this world of the internet and streaming and everything else, that we would find a home somewhere for a longer version — so that took the pain away from having to cut stuff out."

He went on to explain how he presents his edits to the group: "What I’ve done is, every now and again, when we’ve cut a little three or four minute sequence, I send it out to them. But if it’s something to do with Paul (McCartney), I send it to Paul, or if it’s John (Lennon), I send it to Sean (Lennon). And Olivia (Harrison) has George’s and Ringo (Starr) has his. So, they’ve all seen several little five-minute clips and they’ve been very supportive. I mean, I think they’ve got the attitude that enough time has gone by that it’s historic now; they are no longer trying to protect the legacy."

Peter Jackson feels that at this stage of the game, the Beatles and their families understand that this is valuable, important popular history that needs to be aired without trepidation: "I think they now feel, with this series, that it is time, after 50 years, to just rip off the lid and show people what it was actually like. Because, I mean, this is the Beatles and you’ve never seen the Beatles like this before. There’s stuff in our movies that if (Let It Be director) Michael Lindsay-Hogg had tried to put in Let It Be they would have said no straightaway. They would have said, 'Nope, take it out,' but the whole feeling has changed now."

During a chat with BBC radio, Paul McCartney spoke about Peter Jackson's Get Back movie. McCartney admitted that he was worried the raw footage would find the "Fab Four" at their end of their tenure, angry, and exhausted with one another: ["He got back to me and said, 'No — it's a laugh. It's just four guys working — and y'know, you can see you making up songs, and George (Harrison) wonderin' about the lyric to 'Something in the way she moves' — or me trying to figure out 'Get Back.' And he's shown me little bits and pieces of it and it's great — I love it, I must say, 'cause it's how it was. It just reminds me — even though we had arguments, like any family — that we loved each other, y'know, and it shows in the film. It's a very warm feeling — and it's amazing just being backstage with these people making this music that turned out to be good."] SOUNDCUE (:32 OC: . . . to be good)