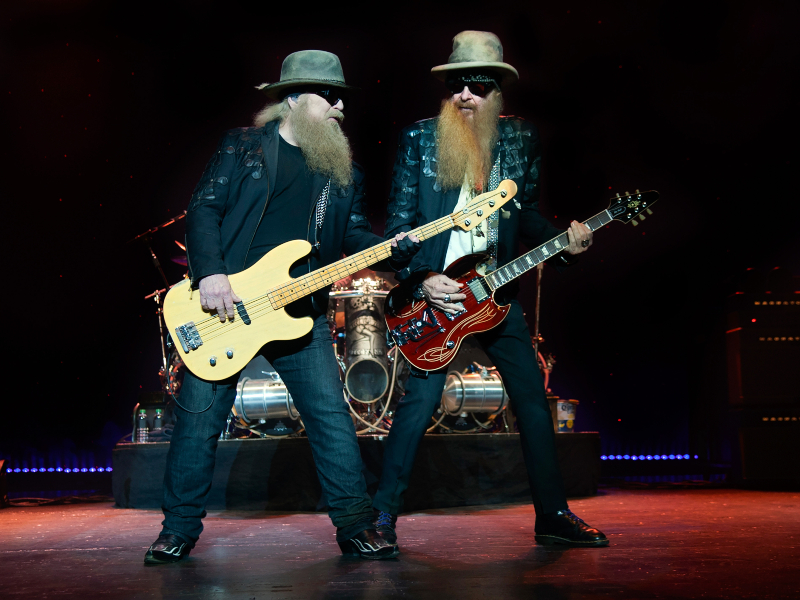 ZZ Top has rolled out a massive 78-date North American run that will keep the band working through mid-May 2022. The band kicks things off on July 16th in Manchester, Iowa at the Delaware County Fair, with the 2021 dates winding down with a home state show on December 12th in Midland, Texas at the Wagner Noel Performing Arts Center.

The band spoke about the upcoming trek in the tour's official announcement:

Guitarist Billy F. Gibbons said in a statement: “ZZ is coming on strong. Let’s get it…!”

Bassist Dusty Hill explained, “They shut the door right after our 50th anniversary tour and now it’s back open. We’re excited to get out there and play our music for everybody.”

Drummer Frank Beard added: “To say we’re looking forward to getting back out on the road and performing in front of real people is the understatement of the last 16 months, if not the century.”

When we last caught up with ZZ Top bassist Dusty Hill, we asked him if back in 1969, he or either of his bandmates — Billy Gibbons and Frank Beard — could ever have conceived that they'd still be recording and on the road all these years later: “I don't think anybody knew. We hoped to do some records and do some touring. We were asked one time, I think we were together 10 years or, something like that, y'know, how that felt. I remember thinking, 'Gee, has it been 10 years? That's a long time!'”

Back in 2004, Keith Richards did the honor of inducting ZZ Top into the Rock and Roll Hall of Fame — and couldn't help taking a poke at their one-of-a-kind appearance: “When I first saw 'em, I thought, 'I hope these guys are not on the run, because that disguise is not gonna work, man!' Y'know what I mean? (laughter) 'You're busted!'”