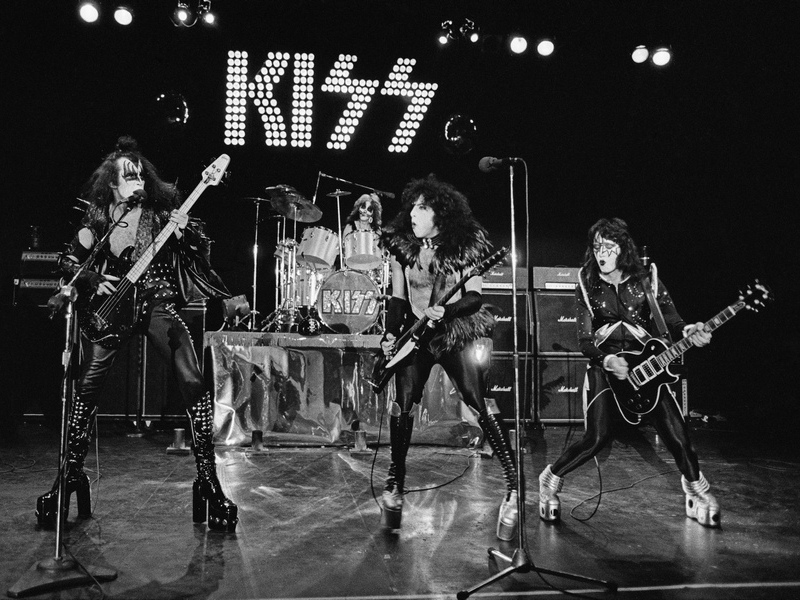 A&E's Biography will begin airing its two-part Kiss documentary, KISStory, on Sunday night (June 27th) at 9 p.m. — with part two running on Monday (June 28th). The episodes chronicle Kiss's 50 year-history from its pre-fame Wicked Lester days up through the present.

KISStory will feature new and exclusive interviews with co-founders Paul Stanley and Gene Simmons — along with current members, guitarist Tommy Thayer and drummer Eric Singer. Ace Frehley and Peter Criss will be represented through archival interviews.

Also featured in KISSstory are friends and fans Tom Morello and Dave Grohl, along with producer Bob Ezrin, and band manager Doc McGhee.

Peter Criss passed on appearing in the project due to what he felt was too small a fee for his participation. He also did not allow the band to use his signature song, the 1976 co-write “Beth,” in the doc.

Paul Stanley touched upon Criss and Frehley not taking part in the retrospective, telling Ultimate Classic Rock: “It's sad, but that kind of fits into the whole dynamic. We did the best we could. We tried numerous times in all different ways to have them be part of it, but this idea of final editing and money and this and that. . . It was like, 'No, your involvement doesn't warrant that.' And who ultimately loses out in a situation like this? They do. I don't really want to trash those guys, because we wouldn't be here today if they hadn't been in the band — and we wouldn't be here today if they still were.”

Paul Stanley explained that the four personas of Kiss all legally belong to the band: “Years ago, the original guys basically sold it off for not a whole lot, because they didn’t think it was worth anything. Quite honestly, I’ve always thought that our image and what we represented is, is priceless. So, that It didn’t matter to some other people, it certainly matters to me.”

With Eric Singer and Tommy Thayer now embodying Peter Criss and Ace Frehley's respective characters onstage, we asked Gene Simmons what it feels like to turn around and see the spitting image of his former bandmates — yet it's someone else: “Y'know, we still have a tug of the heart. It's like your drunken dysfunctional father who was a bum and you finally had to get rid of him — but you still remember the beginning when he was a good dad. Ace and Peter are beloved, as they should be, for the beginning. For helping launch the band — if you don't mind me saying so — that changed the face of rock 'n roll, literally and figuratively speaking. But equally as important part of the beginning of Kiss, it's also important to know that with them in the band today, Kiss wouldn't be around.”