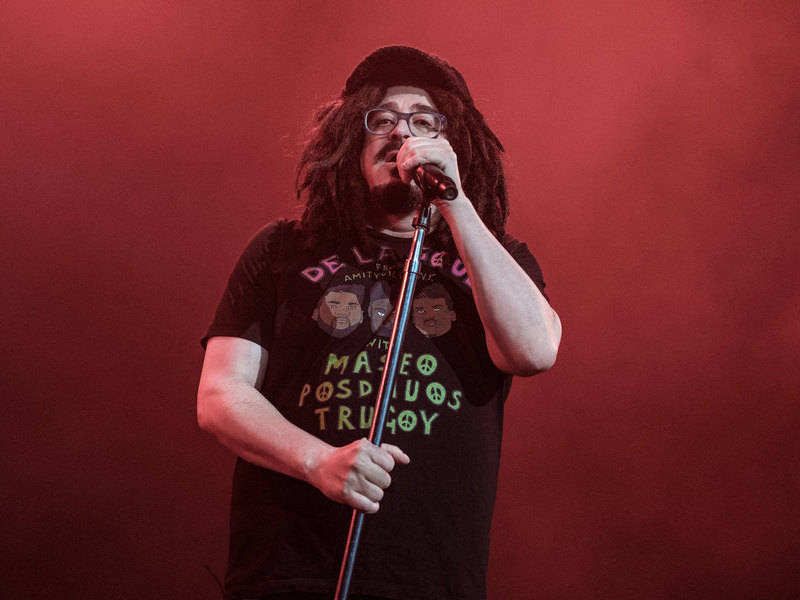 Counting Crows have rolled out a 32-city summer and fall run behind their latest album, Butter Miracle Suite One. The trek launches on August 7th in Atlantic City, New Jersey at Hard Rock Atlantic City and winds down on October 5th at New York City's Hammerstein Ballroom.

Frontman Adam Duritz chatted with Rolling Stone and was asked about his new look, having shorn his signature dreadlocks: “I don’t recognize myself half the time. I don’t really know, though, because we had been in a pandemic for so long, so it hasn’t been a factor. I’m not sure. Incognito is nice. There’s things I like about being famous too, obviously. I think it’s pretty cool in some ways. But I could find something to complain about in any situation. (Laughs) I’m very flexible that way.”

Duritz spoke about the fact that there seems to be less bashing of the band these days than in the past: “I’ve never felt it was that way with other musicians. I think we are beloved among musicians; we’re very influential among musicians. . . In the media and the public, I think there’s been a certain jaded feeling about us. There were years in the past where we mostly got written about, instead of reviews of live shows or records, they were talking about me complaining about being famous while dating hot chicks, so I must be full of s***. There were a lot of reviews that had to do with somebody they thought I dated, which didn’t have anything to do with a live show.”

Adam Duritz told us that Counting Crows shows enable the band and the crowd to connect in ways you simply can't during normal day-to-day life: “When you play a show at night and it's something intimate between just you and them — whether there's, y'know, 200 or 200,000, it's still you and them. And that connection you make on that day or night lasts. That's a deep connection, and people come back for years and years for that.”