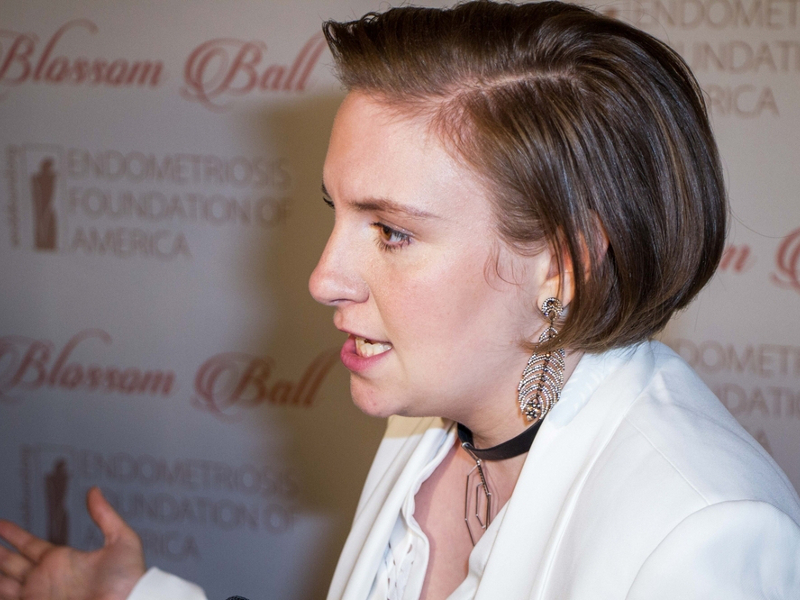 TINA FEY ROASTS SCOTT RUDIN: Tina Fey has some thoughts about Scott Rudin, who has been essentially blackballed over his admitted mistreatment of staffers. She ripped him at a gathering for the Roundabout Theater, Page Six reports. Introducing Jane Krakowski, she said: “In 2016, she was famously dragged across the stage in She Loves Me while doing a split. Not by Scott Rudin — it was part of the plan.” She added: “You’ve never met anyone who works harder than Jane, no one holds herself to a higher standard than Jane. She’s a consummate professional. She would never throw a baked potato at her assistant because Jane would never touch a baked potato.”

JESSE TYLER FERGUSON TALKS SKIN CANCER: Jesse Tyler Ferguson wants fans to know they need to be safe. “Reminder to stay up to date on your dermatology checks… especially if you’re fair like me,” the redheaded star captioned a photo of himself at the dermatologist's office with some gauze taped to his neck. “I always wind up getting something taken from me, every time I go. 😩.” He added that during this visit, “they took a bit of skin cancer that they found.”

TYLER PERRY BRINGS MADEA TO NETFLIX: Tyler Perry is bringing back his Madea character for Netflix. He shared the news on social media: “Hey, guess what's happening? Madea's coming to Netflix. We need to laugh, man, too much is going on in the country. We need to laugh, so, I was done, but she's coming back. Madea on Netflix. I can't wait.” Perry will write, direct and star in the upcoming film, A Madea Homecoming, which will debut on Netflix in 2022. A Madea Homecoming is the 12th installment of the franchise.

LENA DUNHAM TALKS NEW LOVE: Lena Dunham is opening up about her new boyfriend. The 35-year-old tweeted: “When I feel sick, my boyfriend makes delicious pasta & rewatches as much BoJack as I want, walks the dog and makes up songs about her face. In January, all I tweeted about was how men are basically refried beans in human form. What I'm saying is, don't quit before the miracle, kids.” According to reports, he is Peruvian English musician Luis Felber, and they’ve been dating for a few months.