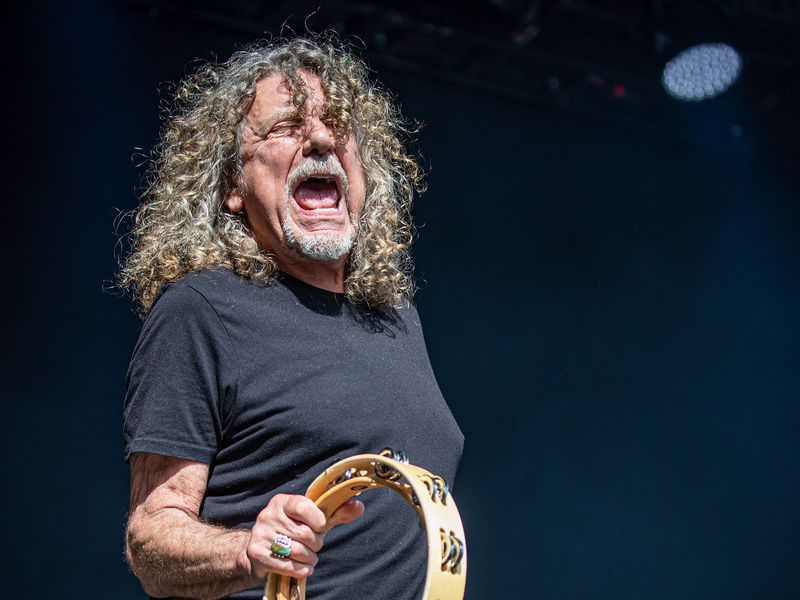 Robert Plant gave fans an insight into his lyric writing during his latest Digging Deep podcast. Ultimate Classic Rock quoted the Led Zeppelin frontman as asking, “Whose soul are you really baring? Are you baring your own soul? Do you go into character, or do you refer to people who you care about who are in trouble? And the song pours out from another angle. That’s quite something.”

Plant, who wrote all of the lyrics to Zeppelin's classic material, added, “My songwriting’s pretty. . . it goes in a straight line. The idea of me actually taking on the guise of somebody who’s been in some kind of situation that you can only watch from afar — it’s more than I can even imagine, to voice somebody else’s condition and actually be them in the song.”

Plant went on to rave about Bob Dylan's latest album, 2020's Rough And Rowdy Ways, recalling the first time he heard the album's opening track, “I Contain Multitudes”: “I just went, 'This is the story of all of our lives! Except he’s taken the bends in a totally different way, the curves.' . . . (He) could probably have written for about a week in that idiom, that way of seeing it all.” Plant deemed the tune as being, “tremendous, very moving” and “very special writing for now.”

Robert Plant told us that he's most proud of the fact that it was his generation that first appreciated the blues music of the '50s and eventually brought it to the widest possible audience: “White musicians in 1965 looked back to the Chess studios, going back 10 or 15 years before that. At the time, there was black music and there was white music, and our translation of black music became — like the Yardbirds, and the Cream, and parts of the Who's program — we became blues-based.”