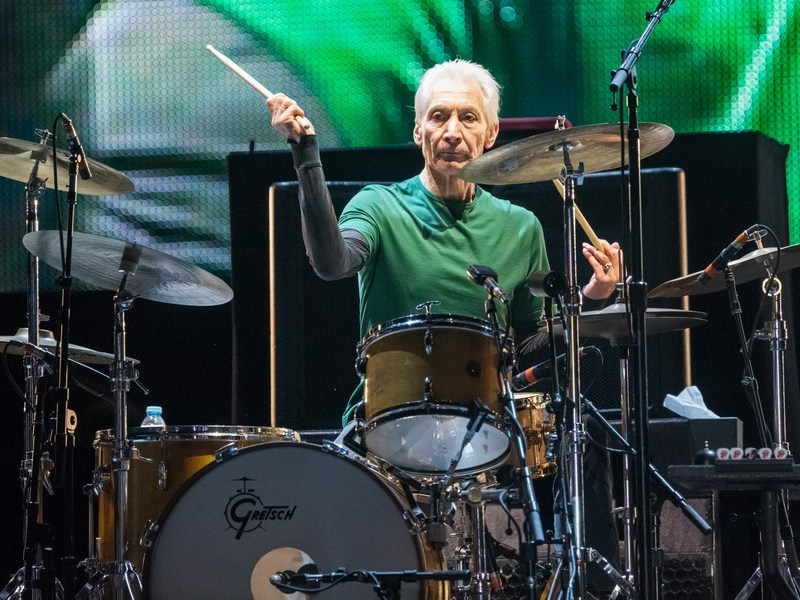 In April 2017, Watts released his latest big band album, called Charlie Watts Meets The Danish Radio Big Band. The set was captured back in 2010 in Copenhagen's Concert Hall of Denmark, following only four days of rehearsals between Watts and the musicians. The seven-song album features big band takes on such Stones classics as “You Can't Always Get What You Want” and “Paint It, Black” — along with a Bossa Nova-tinged take on “(I Can't Get No) Satisfaction.”

Back in early 1962, Watts played in Alexis Korner's Blues Incorporated, who performed a Saturday night residency at London's Ealing Jazz Club. It was there that Stones founder Brian Jones frequently sat in with the band. By April of 1962, Mick Jagger joined the band, but soon decided to form his own group with Jones and childhood friend Keith Richards, naming their new combo the “Rollin' Stones” after the Muddy Waters blues classic. By early 1963, Watts joined Jagger, Richards, Jones, Bill Wyman and keyboardist Ian Stewart to become the original lineup of the Rolling Stones.

When not playing with the Stones, Watts has often worked on jazz-related projects. And in December of 1964, only a few months after the Stones released their debut album, Watts published a book, Ode To A High Flying Bird, a tribute to jazz legend Charlie Parker.

Although literally generations of rock drummers have cited Watts as an influence on their playing, Watts, a jazz aficionado, claims not to really be a fan of rock music.

Watts has had the only stable family life of any of the Stones, having remained faithful to his girlfriend and then wife of over 50 years, Shirley, throughout the Stones' career.

Watts, who was able to resist the lure of hard drugs throughout the '60s and '70s, developed a brief heroin addiction in the early '80s but soon after found the resolve to kick his demons.

Charlie Watts explains the deep musical kinship between himself and Keith Richards is almost like a sixth sense: “It's very easy playing with Keith. Very easy. Your only critic is yourself, really. He doesn't say, 'Oh that's 'orrible,' and you don't stop playing if whatever. It's like, 'That's how you wanna do it? See what 'appens. I didn't like it, but you liked it.' Y'know?' He's very easy like that, very easy to play with. And if it's good, he's very complimentary about it. Very comfortable to play with.”

Despite all their inner-band sibling rivalries over the years, Mick Jagger and Keith Richards' love and admiration for Charlie Watts has never diminished: “(Mick Jagger) Charlie's like, very quiet and he won't speak to you (laughs), and I don't know if that's a good idea. (Keith Richards) Charlie; Charlie to me is the Rolling Stones.”

Ron Wood says that although Charlie Watts loves playing jazz best of all, he can't hide the thrill he gets from drumming for the Stones: “He hasn't lost interest, 'cause he's a jazzer at heart. I think that's what he would like to be doing, but I can see him enjoying his rock n' roll.”

Bill Wyman was always astounded at the power of the Stones' drum sound — especially coming from such small kit. Wyman shed some light on the magic of Charlie Watts' drumming technique: “Drummers of today usually have about 50 or 60 items in their drums. I think he's got about seven — and he plays them great (laughs). He's an economist.”

Charlie Watts told us that as far as musicianship goes, drummers fit into a strange category: “I mean, the very nature of playing drums is a nervous twitch, really. It's a cross between being an athlete and a totally nervous wreck, really.”