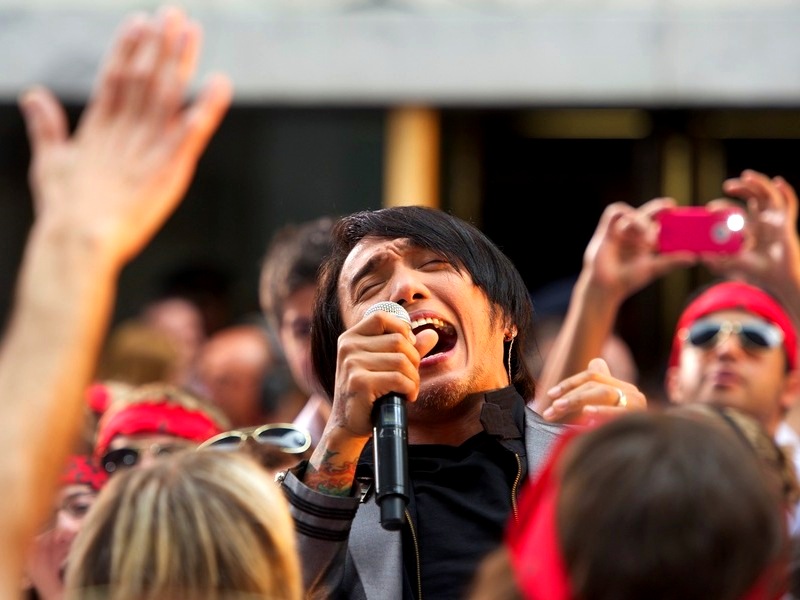 Journey frontman Arnel Pineda is busy prepping his memoirs, tentatively titled, Journey Of My Life, according to Blabbermouth. Pineda, who grew up in poverty, was plucked out of obscurity in his native Philippines back in 2007 to front Journey after being spotted singing on YouTube by the band's co-founder Neal Schon.

Pineda, who has signed on with literary agent Alan Morell of Creative Management Partners, said in a statement, “My manager Rene Walter (Sanre Entertainment Group) has been a trusted friend and associate for more than a decade. He led the search for the right person to represent my life story. Our clear choice was Alan Morell, for which I am very pleased and honored.”

Pineda expects to begin submitting the manuscript to publishers in the fourth quarter of 2021. His story was previously chronicled in the 2012 documentary, Don't Stop Believin': Everyman's Journey.

Journey keyboardist Jonathan Cain told us that he and the band are not only thrilled with how Arnel Pineda has clicked with them musically — but remains amazed at the courage and strength he's shown as a human: “Well, this guy is like right out of a Charles Dickens story. I mean, he's got an amazing tale to tell, and it's almost hard to believe he survived what he survived, y'know? So you gotta look at that and go, 'How tough is this guy?' He's as tough as they come, and I liked everything about him. (The) first week I spent with him I immediately liked him, and took him to task and told him things I thought he needed to work on, certainly. But getting him out of the club was the main deal. We had to just get him to stop singing everybody else's music, y'know?”