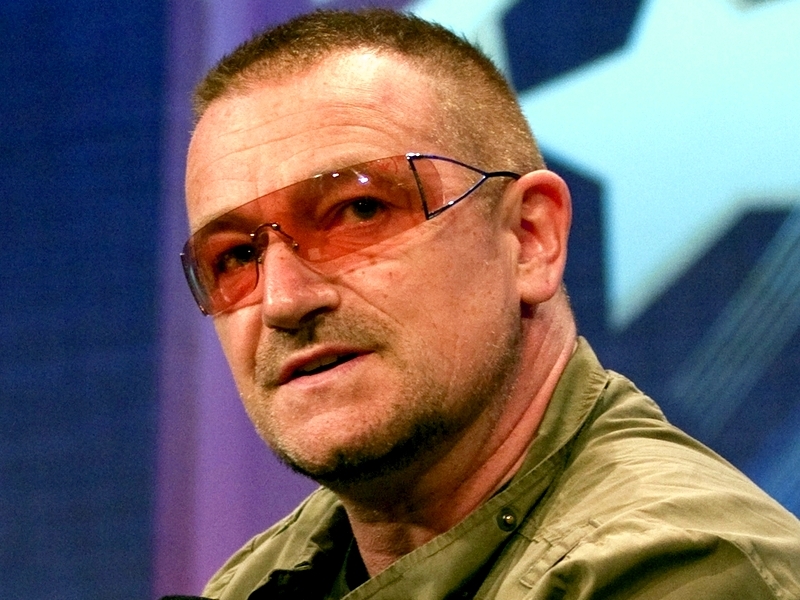 Bono has teamed up with Linda Perry — the former-4 Non Blonde frontwoman and current much in-demand producer — for a new track, titled, “Eden (To Find Love),” which is featured in the Sean Penn documentary, Citizen Penn. Rolling Stone reported the song, co-written by the pair, plays over the end-credits to the doc, which focuses on Penn's humanitarian work in and around his Haitian earthquake-relief efforts back in 2010. In addition to the team-up with Bono, Linda Perry composed the score for Citizen Penn.

Bono said of the new song, “This is an extraordinary document of an extraordinary man’s work, putting not just his brain but his body in the way of various injustices. For all the gravitas, the dude still cracks me up! In this song, I play God, and Sean plays Adam, having explained that it was me not Eve who got us thrown out of the Eden. . . or something like that. Linda helped me strip this all right back, and I even got our daughter Jordan on backing vocals. It’s a family affair.”

Citizen Penn was directed by Don Hardy and is currently streaming on Discovery+.

Bono explained that at the end of the day it's the connection between his music and the listeners that makes it matter: “That is, y'know, (laughs) my drug of choice. That's for me, the thing. I cannot believe you hear this melody line in your head and you, sort of, take it down and you find words for it and arrangement for it — and the next thing y'know, you can be in a car in Tokyo, and it's on the radio. That's really my, my drug of choice. And songs are everything, really, to us.”